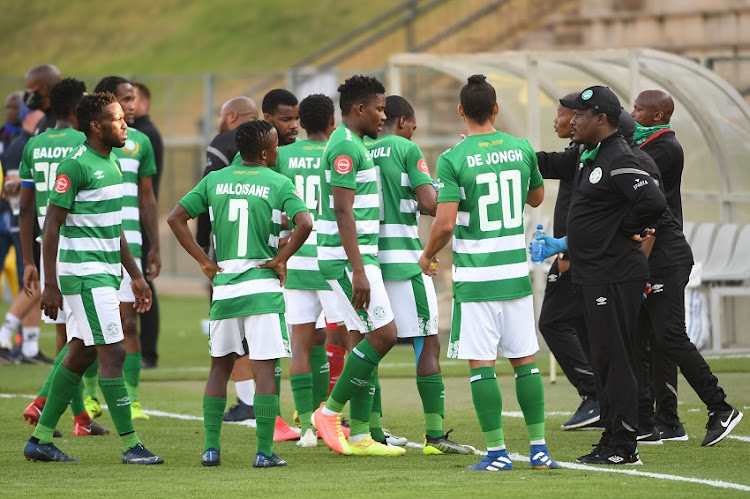 There’s no doubt who’s going to Saturday night's Nedbank Cup final at the Orlando Stadium carrying the underdog tag. But that may work in favour of Bloemfontein Celtic upsetting odds-on favourite Mamelodi Sundowns who are gunning for a rare treble in a year they're celebrating 50 years of existence.

Below are five reasons why Celtic may shock Sundowns in Saturday’s final.

1. Celtic have nothing to lose and are hungry for first piece of silverware since 2012

Phunya Sele Sele have won only four trophies in their 51-year existence in which they’ve spent most of it campaigning in the topflight of South African football. Celtic’s hunger to add another trophy since their last win over Mamelodi Sundowns in the Telkom Knockout final of 2012 cannot be overemphasised. It is this hunger that could fuel John Maduka’s team to upset the apple cart in Saturday’s final. Playing freely‚ with basically nothing to worry about‚ could be the tonic that Celtic players need going to this match. Celtic could take advantage of their opponents who are worried about ensuring they add this cup to the TKO and Absa Premiership they’ve already won this season to complete this treble. Celtic players will be feeling their jobs is just to win this match‚ go home and enjoy all the benefits and applauds that will come their way after that. It’s a story akin that of David versus Goliath‚ but what’s encouraging for the neutrals‚ is the fact that Celtic are well capable of doing just that: causing an upset.

2. R7million will do a world of good for players at a club which has been cash-strapped for a while

Celtic’s financial problems are well documented and players fully understand that Saturday’s R7 million prize-money for the winners could solve a lot of their problems in the immediate future. To the Sundowns owner Patrice Motsepe‚ R7million could just be a small change that’s not even enough to pay the monthly salaries of the array of stars and technical team that they have. So knowing that this R7million could be distributed well among the team members should inspire Celtic players to do more than just pitch up on Saturday. An early goal coupled with stoic defending for the entire 90 minutes could be one way to ensure that this lump-sum end up in club’s barely empty coffers‚ ensuring a better future for all and sundry in the coming months.

3. The class of 1985 is the only one to win this cup‚ and this may well inspire the current crop

Not even a single of the current Celtic players were born when the club won this competition back in 1985 when Dave Roberts beat the now defunct African Wanderers 2-1‚ with Ishmael Mokitlane’s 117th-minute winner in extra time a packed Ellis Park. This piece of information‚ if it is well related to the current crop that will learn that they’ll be the first group to emulate that iconic team‚ could well do the trick in sensitizing the players about the importance of winning this cup for the second time in the club's history. That it was against Sundowns when Celtic last won a cup competition should also add some weight in convincing the doubting players that they’re actually capable of causing another upset in SA football. The current Celtic players may not possess the silky skills of the 1985 team‚ but a win against Sundowns will surely be worth more than anything this Free State club has ever achieved.

Maduka’s team and Highlands Park were only two PSL teams to survive the bio-bubble without suffering a defeat. But what separated Celtic from Highlands was that they won two of their seven games while scoring 10 goals. That ensured Celtic finish on the eighth spot‚ while Highlands‚ who won one and drew five‚ finished ninth. It is this kind of form which should give Celtic players confidence against a Sundowns side that only confirmed themselves as Absa Premiership winners on the last day of the season after suffering two defeats and drawing three of their nine matches in the bubble. Celtic’s 3-1 win over Maritzburg United in their last league match could also be an indication that their form did return at the right time for Saturday’s final. Having rested for seven days before the final could also work in Celtic’s favour against Pitso Mosimane’s side that has had to play three extra games than Celtic in the bubble.

Cementing his position as Celtic’s head coach should be uppermost in Maduka’s mind even though it will be grossly unfair to remove him even if he lost against Sundowns in Saturday’s final. Maduka has already showed he’s capable of delivering good results against the big guns in the PSL‚ with the first of their two league wins in bubble coming against Kaizer Chiefs (3-1). That result should help Maduka in convincing his players that they can repeat the kind of performance against Sundowns. Finishing what has been an extra-ordinary season with a trophy in hand will also help Maduka in determining what could be his core team in the coming season. But most importantly‚ Maduka would erase any lingering doubts about his capabilities as a coach if he inspires his team to denying Sundowns a treble and a fifth crown in this competition.