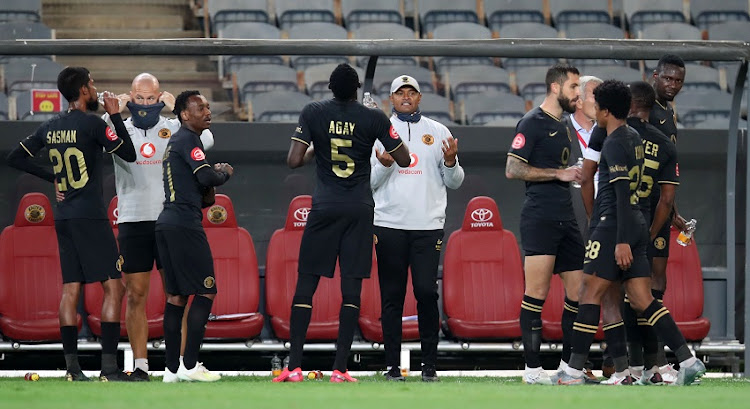 Absa Premiership leaders Kaizer Chiefs will have no suspensions‚ but a big fitness question mark over centreback Erick Mathoho and right-back Kgotso Moleko for their huge final-round match-up against Baroka FC at Bidvest Stadium on Saturday.

Chiefs ensured they go into the final round still leaders‚ though by a slender goal difference margin from second-placed Mamelodi Sundowns (both are on 56 points‚ with Amakhosi on a +21 difference and Downs on +18) with a 1-0 win against Chippa United at Orlando Stadium on Wednesday night.

A fighting match-up took its toll on both sides‚ as Chippa had midfielder Tercious Malepe and defender Elvis Moyo red-carded‚ and both will be suspended for the Chilli Boys' final fixture against Lamontville Golden Arrows at Orlando.

For Chiefs‚ a battling display to earn just their second win in seven games in the bio-bubble also unsurprisingly resulted in casualties‚ as both Moleko (replaced by Ramahlwe Mphalele in the 55th minute) and Mathoho (substituted by Siyabonga Nezana in the 75th)‚ limped off before the end.

"There are some question marks. Moleko is definitely a big question mark. With Erick Mathoho‚ we have to look at how far he will be recovered‚" Middendorp said‚ asked afterwards about the early casualty prognosis for Saturday's final game.

"Khama [Billiat] worked his arse off providing metres in terms of working for the team. That cost a lot of energy too.

"But at the moment it's three days to go. We have around 60‚ 65 hours' time starting tomorrow [Thursday] morning preparing the team‚ refreshing the team.

"And we will see. It's a little bit early to say‚ 'This player and this player are not available'. Important for us is that we didn't pick up any yellow cards. There will be no suspensions.

"And‚ for example‚ Lebogang Manyama played 60‚ 65 minutes. We had to take him out. It was a very clear order from the medical staff not to go into a risk and he gets re-injured and we cannot use him on the weekend.

"So no yellow cards. I hope each and everybody will be available‚ refreshing with a view to Saturday's game."

Sundowns‚ who beat last-placed Polokwane City 3-0 on Wednesday‚ meet third-last Black Leopards at Dobsonville Stadium on Saturday‚ with all the final-round matches kicking off at 3.30pm.