Chiefs vs Chippa: Student Seema plans to get the better of his teacher Middendorp 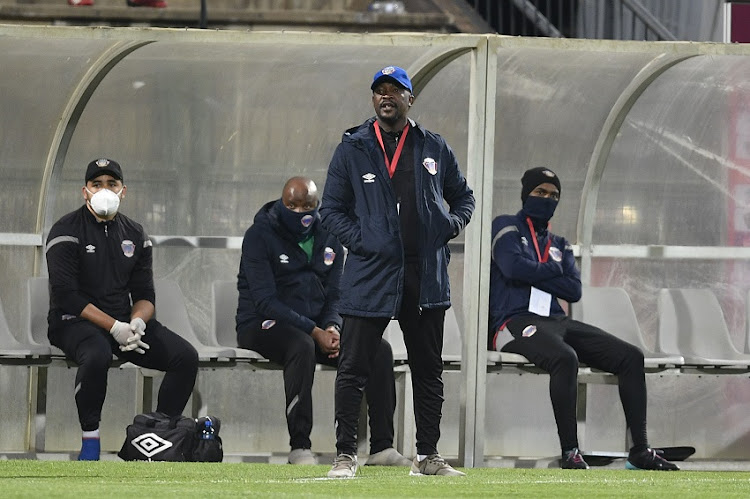 Lehlohonolo Seema will aim to use some of what Kaizer Chiefs coach Ernst Middendorp and Lamontville Golden Arrows boss Steve Komphela previously taught him when Chippa United end their 2019-20 Absa Premiership season against those two sides this week.

Chippa coach Seema worked under Middendorp and Komphela as assistant-coach at Bloemfontein Celtic‚ the club he surprisingly left‚ having been a long-time servant‚ in July to take up a new challenge in Port Elizabeth with the Chilli Boys.

The Eastern Cape team are close to being safe from relegation in 12th place on 31 points‚ and Seema will aim to complete that job against his former bosses as Chippa meet Chiefs on Wednesday night at Orlando Stadium‚ then Arrows at the same venue on Saturday.

“I worked under both coaches‚ Steve Komphela and Ernst Middendorp‚” Chippa’s coach told a press conference of the SA Football Journalists’ Association.

“They are both my mentors and I’m grateful to them for giving me an opportunity to work with them. I worked with them well and we have a good relationship.

“It’s always a challenge when you come up against your mentor‚ because he’s the one who taught you that you know. You can’t measure yourself against your teacher.

“And if I can do well I’m sure it’s not going to be nice to them‚ if I can manage to win those two games I’m playing against them. But I’m sure that deep down at least they will see that there mentoring is working.

“They are those difficult games where I’m not even competing with anyone. At Celtic I worked under coach Steve‚ and when he left I took over.

“And I didn’t feel that I was working under his shadow. You cannot compare me with coach Steve Komphela at all.

“I just think that I had to continue. As a coach continuity is the best thing you can have. When a coach leaves if you want to come up with a whole lot of new things‚ that’s not advisable.

“So I took it‚ I went‚ I ran with it. And last season I was asked just to save Celtic and we managed to be in the top eight. It shows that at least I have learned something and I trust in my abilities.

“As long as the support is there for me from all angles I can assure you that I can work and try and put out a formidable team.”

Chiefs are level on 53 points with Mamelodi Sundowns‚ and lead the league on goal difference (+20 to +15).