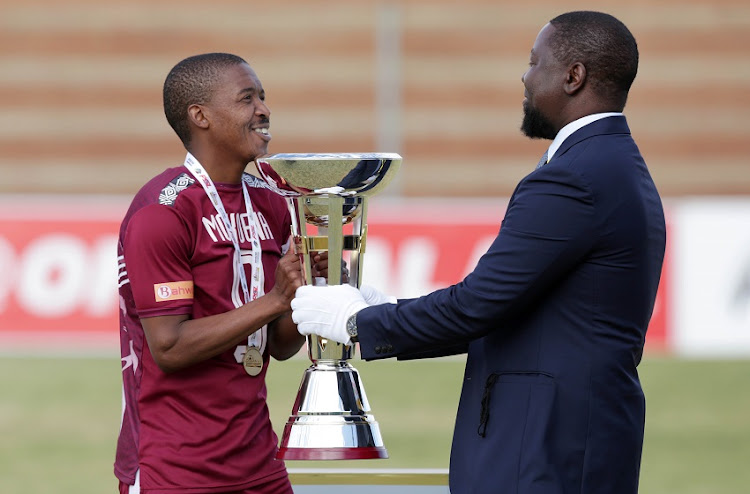 Lebohang 'Cheeseboy' Mokoena has revealed that he was seriously contemplating retirement when the opportunity to play for Swallows FC came along.

Swallows FC won promotion to the premiership on Sunday and their ascent to the topflight has handed forgotten man Mokoena an opportunity to once again shine on the biggest stage in domestic football.

"I remember when I left the same team [Ajax Cape Town] that we [Swallows] were challenging for [promotion] with [this season]‚ I was already thinking about retiring‚" he said on Soccer Zone.

"Because whenever I knocked no one opened the door for me and it felt like everybody was saying 'this guy does not have it anymore'."

The 33-year-old said he went down on his knees and pleaded with Swallows management to give him an opportunity to prove what he’s 'capable of'.

He certainly proved his worth as the Diepkloof-born winger played an important role for Swallows in central midfield‚ and his ball-winning and passing ability were key elements of their game.

"I went down on my knees‚ I spoke to the coach [Brandon Truter]‚ the president [Panyaza Lesufi] and the chairman [David Mogashoa] ..... they all gave me [a chance]‚" the Swallows captain said.

"They know what I am capable of‚ so I just needed to get there and get my match fitness back to where they normally know that I am."

The former Orlando Pirates and Mamelodi Sundowns star said returning back to top-flight football would always be a special chapter of his life.

"Jah‚ well I think it is something that will leave on‚ especially in my life‚ because for one I've won the PSL title before‚ so winning this one [promotion] as well makes it more special.

Mokoena who was promoted to the Pirates first team during the 2002-2003 season and he won the league title under coach Roy Barreto.

"...And even to go back [to PSL] even when I was written off it makes it really more special and makes me wanna work more harder‚" he said.

A few seasons ago Mokoena was clubless and struggled to remain focused. A career lifeline came when former Maccabi FC coach Mokete Tsotetsi gave him a chance.

Maccabi later changed to Swallows after a buyout.​