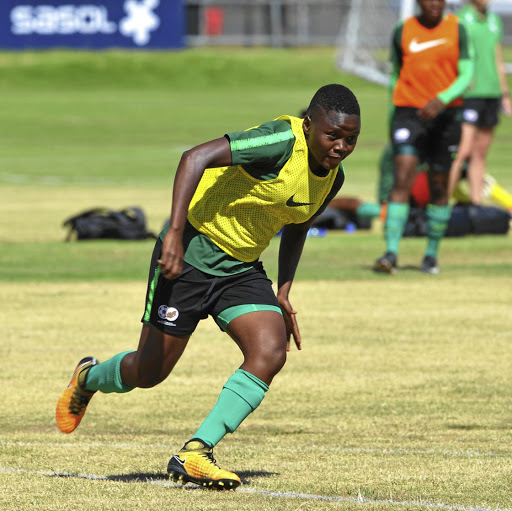 The forward received the award‚ and the R10‚000 prizemoney from sponsors Hollywoodbets‚ in an online function on Tuesday‚ which she attended virtually the day after helping steer new club Dinamo-BSUPC to a penalties win against Minsk in the Belarusian Women’s Cup final on Monday night.

Mulaudzi finished top scorer with 36 goals despite joining Mamelodi Sundowns five games into the 2019-20 season from a club in Cyprus‚ helping the Brazilians storm to being champions of the inaugural Safa National Women’s League with a 100 percent win record.

“I’m very excited. It means a lot to me. Even now you can see in my eyes – last night we were celebrating winning the Belarus Cup final‚ and today it’s me again celebrating the Safja award‚” Mulaudzi said.

Safja chairperson Velile Mnyandu said the association – formed in April – will announce its nominations for its inaugural Men’s Footballer of the Year and Football Journalist of the Year awards soon after the 2019-20 Premier Soccer League ends this weekend.

Safja deputy chairperson Busisiwe Mokwena said it was important to have some financial reward that went with the award.

After winning the Belarusian Women's Cup with Dinamo-BSUPC on Monday, she's just been named the inaugural winner of @The_Safja Women's footballer of the year.@Hollywoodbets

“Most of the women’s teams in South Africa are owned by people who are passionate for the sport. And unfortunately sometimes these people work a nine-to-five like the rest of us‚ so they need funding to run these teams‚ and cannot really pay their players‚” Mokwena said.

“So we felt that it would be really important to reward the player with the prizemoney‚ because we know they have struggles.”

“It’s great to applaud Safja. I think this is a first of its kind‚ especially taking the route of looking after the ladies. It’s a great initiative‚” Sikhosana said.