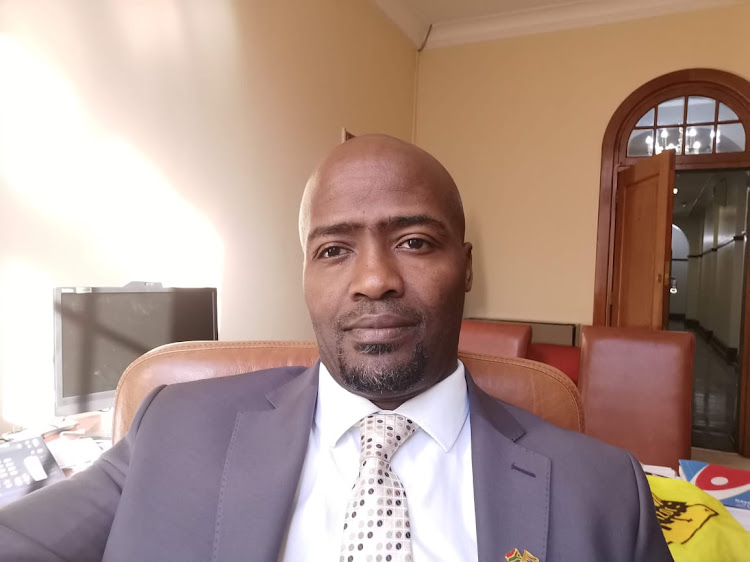 The Democratic Alliance’s (DA) shadow sports minister Tsepo Mhlongo has refused to accede to the demands from the SA Football Association (Safa) that he retract “unfounded remarks and defamatory statements” he made a few months ago by Friday or face legal action.

DA Member of Parliament Mhlongo was last week slapped with a letter of demand from lawyers instructing him to apologise and withdraw statements he made and published in the media regarding Safa president Danny Jordaan in April.

Safa and Jordaan gave Mhlongo until Friday‚ August 28 to publicly withdraw his comments and post an apology on his social media platforms or else face legal action.

But a defiant Mhlongo‚ who on Monday laughed off the lawyers’ letter‚ dismissed it again on Thursday as “a desperate attempt to silence me”.

Mhlongo stuck to his guns and responded to Safa and Jordaan through a Cape Town-based law firm acting on his behalf.

“Our client will not accede to the demands of your letter‚” a letter from the law firm to Safa states.

“If your clients institute action against our client for defamation‚ the action will be defended and a costs order against your clients will be sought.”

Safa spokesperson Dominic Chimhavi told TimesLIVE on Thursday that the association will at this stage not comment as “the matter is now in the hands of the lawyers”.

Mhlongo said in a statement released on Thursday that he is happy to meet Safa and Jordaan in court if needs be.

“I will not apologise for simply doing my job and holding Safa accountable. I will not withdraw any statement‚” Mhlongo insisted.

“This is about the attitude of Jordan and Safa. They don’t want public criticism and they forget that Safa is a public entity.”

Mhlongo insists that Safa and Jordaan need to be investigated by an independent body for allegedly running the football governing body with an iron fist with no regard for governance guidelines.

“My work continues. My resolve remains unchanged‚” he said.

The spat began after Mhlongo called for Jordaan’s suspension in comments that were published in the media in the wake of a damning leaked report from former acting CEO Gay Mokoena in April.

The report contained harsh criticism of Safa and Jordaan but the organisation hit back with a court action threat and categorically denied the allegations.

The lawyers representing Safa and Jordaan said Mhlongo’s comments were understood by those who heard or read them to mean that the organisation and its president are corrupt‚ lack integrity and are involved in apparent maladministration of the organisation.

“To this end‚ kindly be informed that should you not carry out the above by no later than Friday 28 August 2020‚ our clients will exercise in law in pursuit of justice‚” Safa and Jordaan told Mhlongo‚ in their demand for an apology‚ last week.