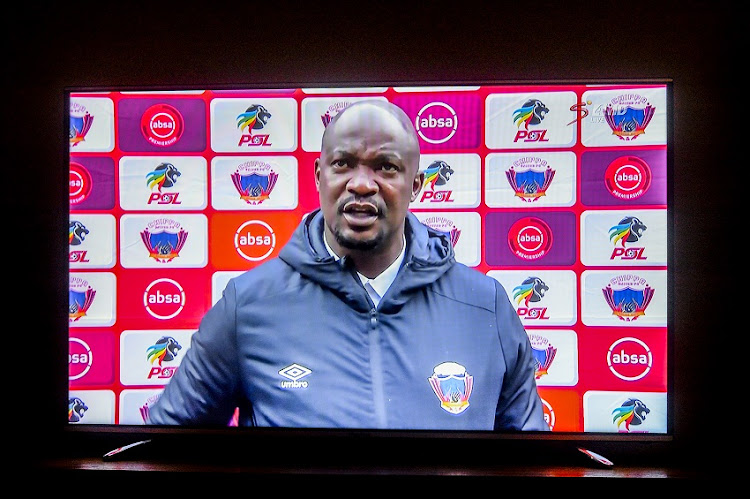 Chippa United coach Lehlohonolo Seema has asked his players to box smart in their next and crucial Absa Premiership match against Stellenbosch FC at Tuks Stadium on Friday.

Three points against Stellenbosch will move the Chilli Boys to within a point of survival with two matches remaining and leave the battle to avoid the dreaded drop to Black Leopards‚ Baroka FC‚ AmaZulu and Polokwane City.

“We are not 100 percent certain of survival but at least if we win this one against Stellenbosch we know that we will need only a point over the last two matches of the season‚” Seema said.

“We just have to prepare well and I believe that even a point will be good for us because it will help us to build towards what we want‚ which is to save this club. We just have to guard against losing the game because that will be a huge setback to our mission of saving the club.

“The players are okay and they are fully aware of the situation. We have to box smart and try and collect all the three points from Stellenbosch but if we cannot do that‚ at least we must get one point.”

Seema added that life in the bubble has not been easy and the main focus of the technical team has been to manage the players.

“Ever since we came to the bubble there has been pressure each and every game and it has been difficult. Our job has been to calm the guys down and remind them of the mission that we are facing‚ which is to save the status of this club.

“This is what we are going to do and none of the games that we have played were easy and we expect a difficult game from Stellenbosch.

“We are looking at managing the players and ensuring that they get as much rest as possible. It is good that this game comes after about six games since our last game and it will help in dealing with the issue of not overloading the players.

“They are not conditioned in such as way that they can play a lot of games in a short space of time.”

The other issue that may work in Chippa’s favour is the fact that AmaZulu and Leopards will eliminate each other when they meet at Lucas Moripe Stadium on Saturday.

“Those are the things that we are not looking at but the reality is that they are playing against each other because the fixture is there‚” Seema said.

“For us‚ we just have to focus on ourselves and try to win our games. If we can do that‚ there will be no need to look over our shoulders.”