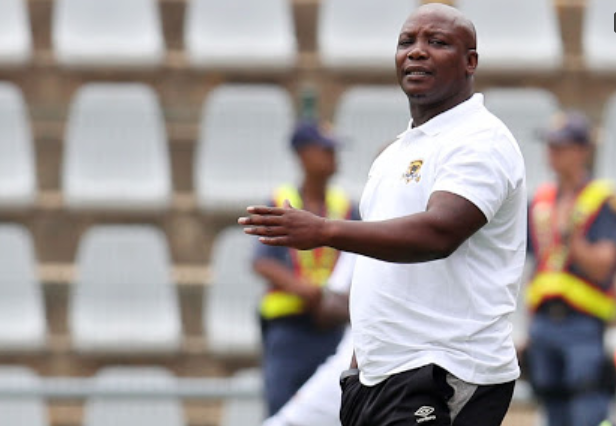 Mongezi Bobe, coach of Black Leopards during the Multichoice Diski Challenge 2019/20 match between Black Leopards and Supersport United at the Rand Stadium Johannesburg on the 11 January 2020.
Image: ©Muzi Ntombela/BackpagePix

Despite having to face two title hopefuls in Mamelodi Sundowns and Bidvest in two of their remaining three matches, Black Leopards caretaker coach Mongezi Bobe remains optimistic they will survive relegation this season.

Leopards are 13th on the log standings with 26 points and only two clear of the bottom-placed Polokwane City. They will face AmaZulu, a team also fighting for relegation, at Lucas Moripe Stadium on Saturday before playing Wits and Sundowns in their last fixtures.

“There are no easy games... all matches are tough. Other teams are fighting to get into the top eight [while] others are trying to win the league and some to survive. Every game we will play we will fight,” Bobe said after his side lost to SuperSport United at FNB Stadium on Tuesday.

“We would have loved to collect all three points or even a draw if possible. But we couldn’t and it is painful for us, but we will soldier on.“There are still other games coming so we have to fight. It is not going to be easy though, you know when you are fighting for relegation every game is tough.”

With the bottom five teams on the table all lying within six points of each other, this season’s Absa Premiership relegation battle is shaping up to ...
Sport
1 year ago

In those three matches against Usuthu, Wits, and Sundowns, Bobe believes they can get six points which could guarantee them safety.

“If we can get six points we will be safe, that's what we want. We want to get six from the remaining games because it is going to be tough as all the teams down there are fighting. We lead other teams by a point [Baroka and AmaZulu who both have 25] and the other by two [Polokwane].