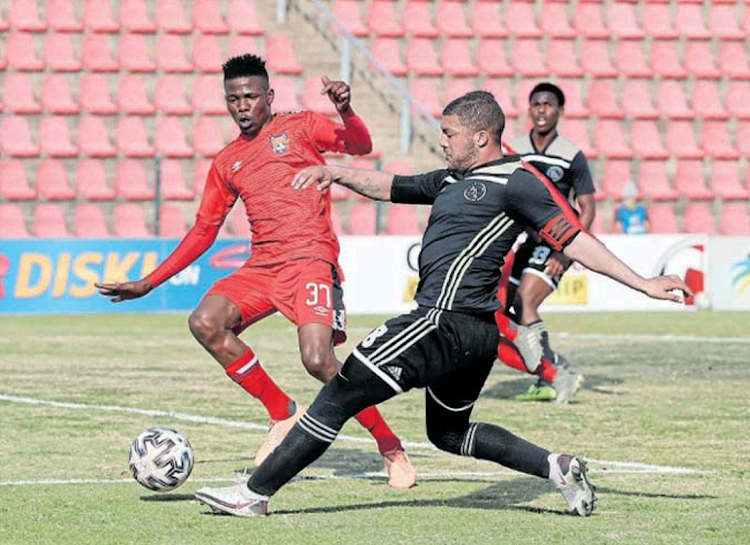 Swallows beat Richards Bay 2-0 in the simultaneous game, taking the Dube Birds level on 54 points with Ajax at the summit heading into the finale on Sunday. Swallows are now top of the table by virtue of a better goal difference. In the last round, Ajax face Mbombela United, while Swallows take on Tshakhuma Tsha Madzivhandila, who are third after beating Uthongathi 1-0 on the same day, securing third spot, and a place in the play-offs.

Injuries compelled Ajax and JDR to soldier on without their respective top scorers Abednego Mosiatlhaga and Moeketsi Makhanya. Mosiatlhaga also leads the GladAfrica Championship scoring charts with an impressive 17 strikes, five ahead of second-placed Makhanya.

Left-back Cohen Stander enabled Ajax to create the better early chances, taking on defenders down the flank and delivering a few crosses.

Promotion a two-horse race between Ajax and Swallows

With three fixtures left to wrap up the GladAfrica Championship, Sihle Ndebele analyses and predicts the potential eventualities.
Sport
1 year ago

While Cohen was enjoying himself at left-back, his fellow full-back Keegan Johannes had a frustrating first half, trying to contain tricky JDR winger Olwethu Ncube. Ajax’s central defenders Thendo Mukumela and veteran Rooi Mahamutsa were frequently forced to go wide to assist the full-back.

In the midfield, Ajax’s SA under-23 internationals Grant Magerman and Siphesihle Mkhize forged a robust combination that outshone their JDR counterparts Afeez Alabi and Sello Letooane.

The Hammer Boys started the second half with more determination and enterprise, with Vusimuzi Mncube  in the thick of things.

Coming off the bench before the start of the second half to replace Tshepo Mashego, Matsemela, teed-up by Mncube, broke the deadlock with a ferocious shot, beating Ajax keeper Nick Hengelman at his near post just 10 minutes before the hour-mark.