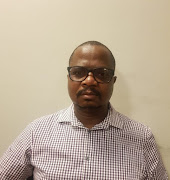 Factors including the lack of activity of the national teams due to Covid-19‚ a Fifa relief package‚ and extensive streamlining and reorganisation will see the SA Football Association (Safa) post an expected R60-million surplus in 2020.

Safa acting CEO Tebogo Motlanthe said in a press release last week that the association will turn around a R96-million deficit posted in 2019 with a surplus that is expected to be R60-million for the 2020 financial year.

Safa’s chief financial officer (CFO) Gronie Hluyo told TimesLIVE that streamlining‚ global ruling body Fifa’s Covid-19 relief and a reduction in expenditure due to lack of activities‚ mostly national teams being out of action‚ are the main reasons.

“We are expecting a surplus of around R60-million. Our books have not been audited yet‚ so once the auditors go through it there will be some adjustments to the figures‚ but we don’t expect much adjustment‚” Hluyo said on Tuesday.

“That also involved cleaning our balance sheet‚ which involved reassessing all our liabilities and trying to reduce those in areas where we could.

“That’s one area. The other area is that we received some Covid-19 relief from Fifa.

“And then‚ most of our expenditure is driven by activities. And the bulk of our cost is within our national teams. Our teams have not been active since March‚ so that also assisted in terms of reducing our cost.”

Hluyo said the amount received in a relief fund from Fifa for this year will be $1-million (R16‚8-million).

“Fifa‚ yes‚ we have received. Caf [the Confederation of African Football] we have not‚ but they have indicated that their executive committee took a decision to pay each member association a relief fund‚” the CFO said.

“Fifa’s total relief is $1.5-million (R25-million). But we don’t receive all of that immediately.

“There is $500‚000 (R8‚4-million) they have already paid to member associations‚ known as the general relief. There is another $500‚000 for women’s football development.

“The other $500‚000 general relief will only be paid next year in January. That gets factored into next year’s budget.”

Hluyo said the protracted deadlocked negotiation being resolved with the cash-strapped SABC on a broadcast deal‚ even with Safa agreeing to an amount significantly less than the previous R110-million annually‚ also contributes to a surplus. “Yes ... that obviously is a factor‚ because last year it was not there‚ it was basically zero‚” he said.

Hluyo said an amount in debt written off to Safa’s 52 regions‚ owed for 2017 and 2018‚ which was written off at the last national executive committee meeting in June‚ also helped with establishing a surplus.

“It does‚ yes‚ that’s the cleaning of the balance sheet that I was talking about.

“Basically when we look at our liabilities and say‚ ‘Is this a real liability?’. In some cases grants are based on compliance. So if you don’t comply then you forfeit that grant.

“So basically it was going through all our liabilities and saying‚ ‘Do we really owe this money or we don’t?’“