Nomvethe fired up to inspire his team 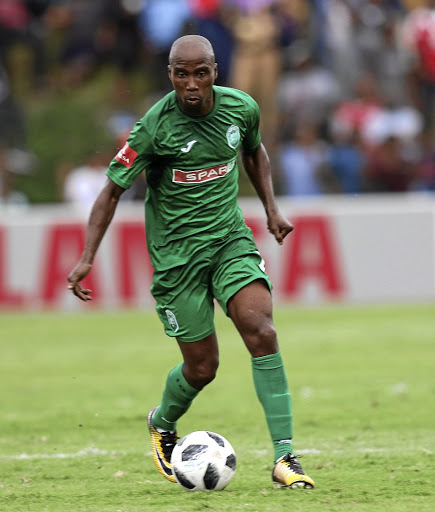 With Ajax Cape Town and Swallows looking sure to finish first and second on the GladAfrica Championship table respectively, third-placed Tshakhuma Tsha Madzivhandila (TTM) and Uthongathi in the fourth spot stand a good chance to clinch the last play-off slot.

The anecdote about the battle for the third spot is that Tshakhuma and Uthongathi face-off in the penultimate round at Sturrock Park tomorrow (3pm). These two sides are separated by a point, with Tshakhuma on 45.

Veteran Uthongathi striker Siyabonga “Bhele” Nomvethe has described tomorrow’s showdown against TTM as a “cup final”. The 42-year-old well-travelled marksman is the oldest player in the domestic professional league.

“Lo mdlalo ngiwufanisa ne final, bhuti wam [this game is like a final to me, my brother]. I do not think there was ever a game ebalululeke [that’s important] like this in the club’s history,’’ Nomvethe told Sowetan yesterday.

“If we want to play in the play-offs, we must win these two remaining games [their last game is against TS Galaxy on Sunday]. Beating Tshakhuma will mean we go to third and that would also put confidence in the team.’’

Bhele also reiterated he won’t be retiring at the end of the season, irrespective of Uthongathi’s fate. “I will be continuing. My body still allows me to play.’’

Uthongathi director Nkosinathi Chili has detailed how the Cane Cutters managed to convince Bafana Bafana legend Siyabonga Nomvethe to come out of ...
Sport
2 years ago

“I love football and I do not have intentions to stop even if we don’t gain promotion,’’ insisted Nomvethe, who came out of retirement to join the Cane Cutters on a short-term deal last December.

Going into this crucial game, both the Cane Cutters and TTM have been in not so convincing form, especially the former. Uthongathi have drawn all their four matches [versus JDR Stars, Jomo Cosmos, Mbombela United and Royal Eagles] in the bio-bubble, scoring just once [in the 1-1 draw against Mbombela].

Meanwhile, Tshakhuma have two wins [2-1 against Cosmos and 1-0 against Ajax] in the Biologically Safe Environment, with a draw [1-1 against Sporting] and a defeat [3-0 to Free State Stars].

GladAfrica fixtures tomorrow (all at 3pm):