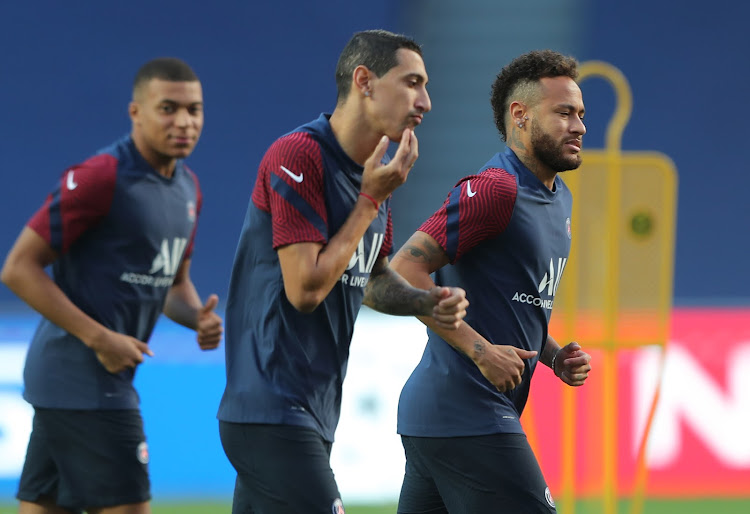 Lyon forwards Memphis Depay and Karl Toko Ekambi missed gilt-edged opportunities in the opening 16 minutes of their 3-0 defeat by Bayern in the semi-final on Wednesday and Rooney has warned that Paris St Germain's front three of Neymar, Kylian Mbappe and Angel Di Maria will not be so wasteful.

"Bayern have the advantage that most of their starting line-up have played in the Champions League final before.

"But I have a feeling forParis St Germain," Rooney, who won the Champions League with Manchester United in 2008, wrote in his column for the Sunday Times.

"It will be a shoot-out and I think with Neymar, Mbappe and Di Maria, PSG will exploit the high line that Bayern play. They will get chances and take them.

"I have no doubt that press will create chances for Bayern but PSG are good enough in possession to deal with it and once they play through it there will be opportunities for their attackers."

The spotlight will no doubt be on Mbappe and Neymar who have combined for eight goals and nine assists in the competition thus far but Rooney, 34, believes it's his former Manchester United team mate Di Maria that could make the difference.

"He's a wonderful player. He works tirelessly on the pitch and his delivery, vision and awareness is brilliant," Rooney said.