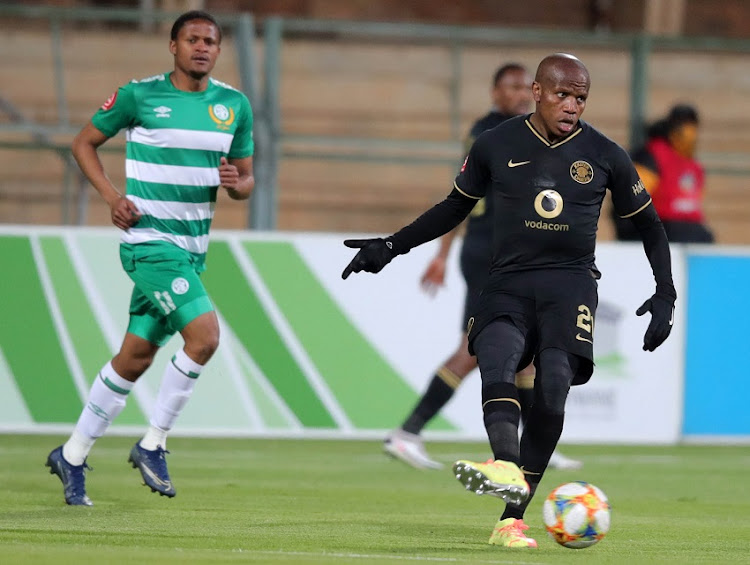 Lebogang Manyama had some fitness question marks coming into the game‚ Kaizer Chiefs coach Middendorp has said explaining why his star midfielder had a flat performance in a 3-1 Absa Premiership defeat to Bloemfontein Celtic on Wednesday night.

Upset results are part of football under Covid-19‚ where unprepared teams are suffering injuries and having to rotate players far quicker than normal as the matches come thick and fast too.

Middendorp’s selections and substitutions have an ability to raise eyebrows too.

Chiefs’ coach started centreback Daniel Cardoso at left-back and had midfielder Anthony Akumu at centreback. Right-back Ramahlwe Mphahlele‚ who had an inury-ravaged season before the five-month suspension of football‚ got a just his fourth league start of the campaign and was skinned by Celtic’s promising little left-back Sifiso Ngobeni.

Manyama was a pale shadow of his normal influential self in the midfield‚ and also did not take the set pieces as he would normally be expected to.

Left-back Yagan Sasman replaced Manyama and right-back Reeve Frosler came on for Manyama from the break with the score at 1-1‚ but the changes did not have the desired effect for Amakhosi.

“We definitely did not have the movement in the first half as we were expecting – the breaks loose from left-back. We hadn’t handled it adequately‚” Middendorp said afterwards‚ explaining the introduction of Sasman and Frosler.

“Despite the change with Reeve who should move forward – he’s very quick‚ very good on the ball – with everybody definitely not putting in what we were expecting [it did not happen].

“Lebogang Manyama is definitely one of the most valuable players on our side. A few days ago we already had a certain question mark with him.

“I could see tonight he didn’t come to the party the way he normally would. OK‚ we thought we would be able to handle it without him. That was the reason [for substituting Manyama off and Sasman on at the break].”

Strangely too‚ young Nkosingiphile Ngcobo‚ who looked the part in Chiefs’ first match back where they were unfortunate to draw against Bidvest Wits‚ and whose young legs would seem suited to the situation‚ has not had another run out in the next two games.

With the defeat Chiefs were unable to extend their lead to nine points‚ and had to settle for six over second-placed Mamelodi Sundowns‚ who have a game in hand.