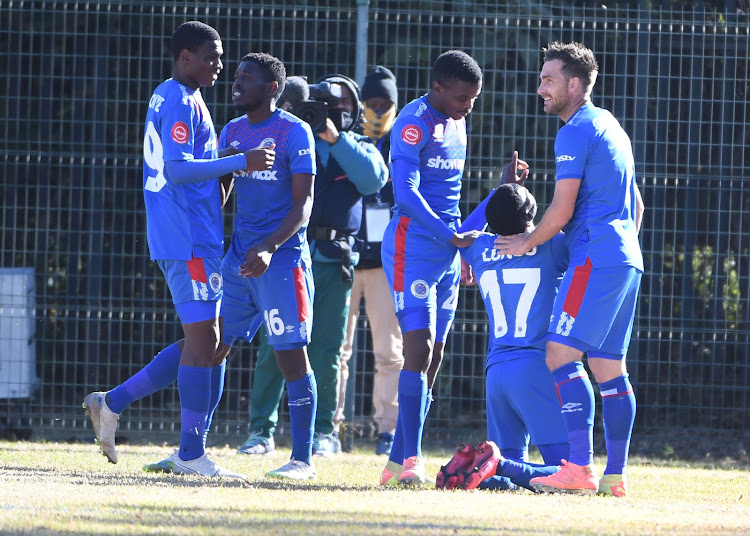 SuperSport United moved to third place on the Premiership standings after a 2-0 win over relegation-threatened Polokwane City at Bidvest Stadium on Wednesday afternoon.

United’s goals were scored in either half by attacking midfielder Ghampani Lungu and Bradley Grobler as they condemned City to the bottom of the table on goal difference with four matches remaining.

Lungu opened the scoring after eight minutes when he slotted the ball past City goalkeeper George Chigova and Grobler put matters beyond doubt in the dying minutes with a close-range header for his 13th of the season.

The three points enabled United to overtake Orlando Pirates and move to third place on the standings with a one point advantage. Both sides are now left with four matches remaining in the season.

City and their coach Clinton Larsen are running out of time as this defeat‚ their second in a row since the resumption of the season‚ has left them in a precarious position.

Confounding matters further for City is the fact that fellow strugglers Black Leopards‚ who are above them on the log‚ have a game in hand against Golden Arrows at Ellis Park on Friday.