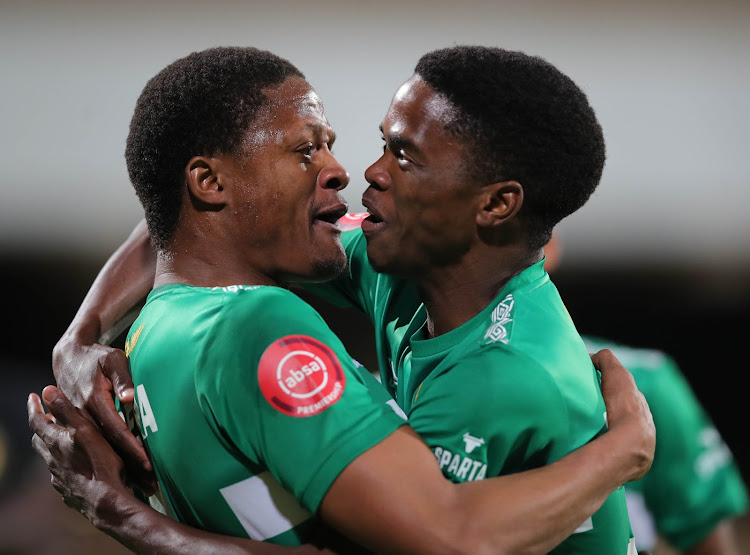 Kaizer Chiefs spurned another opportunity, as they have intermittently at various periods through the longest final straight to an Absa Premiership season on record, to take a commanding lead with Wednesday night's 3-1 defeat.

It was a feature long before Covid-19, back when a bio-bubble would have sounded like something out of a science fiction movie, that just when Chiefs looked like they were about to take command of a championship they crave as they turn 50, they would capitulate to bouts of fragility.

At Tuks Stadium Erick Mathoho headed Chiefs in front in the 35th minute, and the benefits of Amakhosi's dramatic 3-2 comeback against Polokwane City on the weekend, and second-placed Mamelodi Sundowns capitulating 1-0 to Cape Town City on Monday, appeared set to be a nine-point lead.

Strikes from chunky striker Motebang Sera either side of the break (45th and 48th) and Celtic's other danger man Victor Letsoalo's third in the 74th, left the league wide open again.

So fragile were Chiefs, and indecisive in response and decision-making coach Ernst Middendorp from the bench, that it was not just a six-point lead they had to settle for, with Sundowns enjoying a game in hand, but a weak performance also would have sapped at the overall confidence.

Amakhosi still appear on course for the title.

But a squad inexperienced in closing trophies may have to stumble over the line, and hope not to trip up completely, as Downs' far more experienced silverware superstars breathe down their necks.

John Maduka's fiery Celtic were simply dominant for longer periods of the 90 minutes.

They applied the early pressure, centreback Wandile Letlabika audaciously launching an attempted lob of goalkeeper Daniel Akpeyi from inside his half that dropped onto the top netting, though the goalkeeper looked to have it covered too.

Chiefs' set pieces are not just their strongest weapon, often they seem to be their go-to gameplan.

Celtic could not afford to concede three corners in quick succession, as they did starting with a first delivery from Khama Billiat to which Leonardo Castro's header forced a reflex stop from Sipho Chaine.

From Billiat's third delivery Mathoho got up in the middle and headed in with expert technique.

But Celtic continued to threaten in the other direction.

In the minute before the break Ndumiso Mabena showed his class with the perfect pass to play outstanding fullback Sifiso Ngobeni in down the left, who squared past Akpeyi for Sera to finish into an open goal.

If that strike sent Chiefs back to start, they landed in jail with a soft second from Sera three minutes from the restart.

Midfielder Lantshene Phalane was unable to cleanly connect a shot from outside the area, but a deflection saw the ball fall at the feet of Sera directly in front of goal, who did not have much left to do for a finish past Akpeyi.

Chiefs worked the ball around trying to earn a repeat of their comeback against City.

But they were largely muscled out by Phunya Sele Sele's muscular middle duo of Lucky Baloyi and Phalane.

And as the pressure grew Celtic's tricky forwards lurked, none more so than Letsoalo, who, with the clock winding towards 80 minutes, picked up a half-clearance and ghosted past Willard Katsande and Mathoho like they weren't there before slotting past Akpeyi at the left upright.