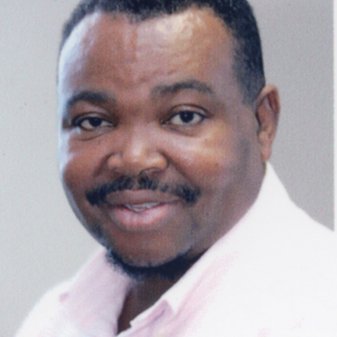 S’busiso Mseleku‚ the legendary football writer who died on Monday night‚ was part of a crack Sowetan sports team who coined the nickname Bafana Bafana for the national team.

The name originated in a weekly column written alternately by three famous Sowetan football reporters‚ on a week when that column was penned by then sports editor Molefi Mika‚ and endorsed by his co-writers‚ Mseleku and Sello Rabothatha.

“The little things that S’bu impacted on our football were the nicknames‚” Mika recalled.

“He‚ and some of us‚ believed that when we covered football we should be part of the passion‚ and start it in the newsroom. We should sing along with the fans if need be.

“He was the one who coined the names ‘Legs of Thunder’ for Jerry Sikhosana‚ and that Helman Mhalele‚ because he had dark skin‚ was ‘Midnight Express’.”

The former Sowetan sports editor said Mseleku was out on assignment when Mika drafted a column using the name “Bafana Bafana” for the first time at the time of the first international matches in a series against Cameroon in 1992. This was after ‘Bafana Bafana’ had first been used as a nickname for the newspaper’s football team‚ Sowetan Dazzlers.

“The three of us would write that column‚ alternating‚ with the others going through it‚” Mika said.

“I used the name ‘Bafana Bafana’. I saw somewhere that it came from a fan of Dazzlers‚ Jerry Mazibuko – but I gave Dazzlers that nickname. And then later I felt we love it‚ and we could use it.

“Because the nicknames – your ‘Crocodiles’ and your ‘Elephants’ – were all gone. S’bu and Sello endorsed the name.

Lucas Radebe is “absolutely proud” of Leeds United for earning promotion back to the English Premier League after 16 years‚ the former captain of the ...
Sport
1 year ago

“The ‘Bafana Bafana’ was … about the rhythm. If it had just been Bafana‚ it would not have been the way I wanted it to sound. It’s Bafana Bafana.

“For me it was a team of young men who will forever be zestful in front of an enemy‚ irrespective of how feared they could have been. They will always be stamping their feet and daring the school yard in front of them.

“And I was also influenced by Ladysmith Black Mambazo‚ a group of matured men who would call themselves Abafana Base Emnambithi – where Emnabithi is the Zulu name for Ladysmith.

“They still considered themselves to be as youthful as when they started that group‚ which is what I transferred to this national team.”

Rabothatha recalls Jerry Mazibuko having a larger role in the nicknaming of Sowetan Dazzlers.

“I think I should tell you about that because some people have been getting it wrong when I’ve been listening to the news‚” he said.

“[Then-Sowetan editor] Aggrey Klaaste was doing this nation-building campaign‚ and one of the things was that we needed to be on the ground‚ closer to our communities and the people we wrote about.

“That’s when I thought we should start a football team. Sowetan being a daily paper‚ Fridays were always off days. We formed a team that would be around the townships‚ for the people to know us.

“The team was called Sowetan Dazzlers. There was a friend of Molefi’s‚ who would always accompany us wherever we played – I think his name was Jerry – who was our Celtic kind of fan. He would be on the touchline shouting‚ ‘Come on Bafana Bafana’. So that became Dazzlers’ nickname.

“When the national squad was formed and back to Fifa‚ there was this column that the three of us wrote‚ alternating.

“We realised there was no nickname for this national team‚ and being township boys‚ football was in our blood. And as much as we were giving players nicknames we thought we can’t keep calling this side ‘the national team’.

“It was Molefi’s turn to write the column‚ and he would send it to me so we agreed. I saw he had thrown in the words Bafana Bafana for the national team. And I knew where it had come from because we loved it as Dazzlers.

“S’bu was not around at that time – I think he was out on assignment. He saw it in the paper the next day. And‚ well‚ he had to take collective responsibility‚ because it was already in the paper.”

Rabothatha dispelled the myth that “Bafana” referred to the national team being young boys on an international stage.

“That’s not what it actually means. In the townships people talk about their teams‚ whether it’s Pirates or Sundowns‚ as abafana bami balahlekile – my boys have lost.”

Rabothatha and Mika recalled that Mseleku was known for his bravery as a journalist‚ and for telling things the way they were even if it meant clashes with intimidating administrators.

“Nothing would stop him when S’bu was out to get a story‚” Rabothatha said.