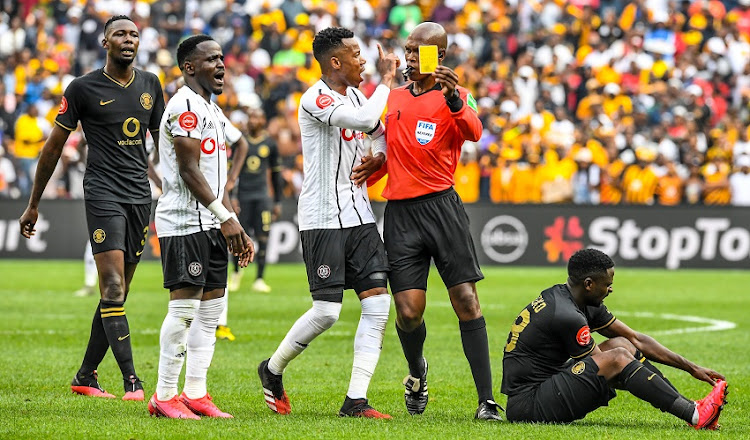 Orlando Pirates captain Happy Jele has backed striker Gabhadinho Mhango to regain his scoring boots and says the goals will come as the Bucs prepare to face relegation-threatened Baroka FC at Ellis Park on Tuesday.

Pirates go into the 6pm Absa Premiership meeting against Bakgaga struggling for goals and they have not won maximum points or scored in their past four matches. Top scorer Mhango's inability to add to his 14 league strikes so far this season has served to confound matters further.

“I think the goals will come. We are working so hard at training to get the goals. It is just that sometimes when you want it more‚ it does not come‚” said the Pirates captain.

Jele said he has put his arm around the Malawi international's small shoulders and backed him to end his goal drought against a Baroka team that will be hard to overcome.

“I talk to Mhango almost on a daily basis before or after training just to motivate him to say ‘look the goals will come’‚ but it is not about him‚ it is about the team as a whole and each and everyone needs to score.

“Sometimes it puts pressure on him and we don’t want that. We as a team have to make sure that he is always calm‚ so that when he gets a chance he can finish it.”

Pirates are third on 42 points after 25 matches and saw their faint hopes of a title push go up in smoke in the past week after collecting just two points from a possible six.

Baroka‚ placed 13th on the log on 24 points from 25 matches‚ have a common problem with Pirates in front of goal and are restless as only a point separates them from the bottom two clubs.

Baroka have also failed to score in their past two matches as they crashed out in the semifinals of the Nedbank Cup and were also held to a goalless draw by AmaZulu in the league.

Pirates could still be without key attackers Thembinkosi Lorch and Justin Shonga after the duo were excluded from the squad that reported for the bio safe environment (BSE) bubble last week Sunday following a breach of the team’s protocols.

The club said the pair will be given an opportunity to return to play once the disciplinary processes against them have been finalised. They were ordered to undergo two Covid-19 tests‚ which must both be negative before they can resume any team activities.

Captain Jele did not want to be drawn into answering questions when asked if Lorch and Shonga have rejoined the team.

“My brother I don’t think I am the right person to answer that. It is not for me‚ it is for the team (to answer).”

Baroka‚ who had a hand in the firing of Rulani Mokwena as caretaker coach in December after storming back from two goals down to force a draw‚ will be without Namibian Ananias Gebhardt due to suspension.