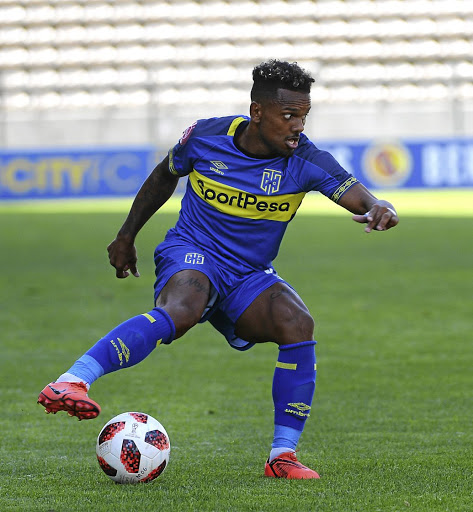 The 3-2 loss left Downs unmoved in second place on the log, with 45 points, six behind leaders Kaizer Chiefs. Having scored via an Dove Edmilson's own goal, Downs grabbed the second goal through Keletso Makgalwa in the dying minutes of the match.

City didn’t tamper with their winning formula, retaining the same XI that beat Chippa United 1-0 last Friday, with only skipper Thamsanqa Mkhize replaced by Craig Martins at right-back. Mkhize started on the bench as a precaution, owing to a slight knock.

On the back of a series of costly errors in two of their three last games against Bidvest Wits (3-2 win in the Nedbank Cup semifinals) and Highlands Park (1-1 league draw), defender Motjeka Madisha was dropped from the starting XI, settling for a berth on the bench.

Madisha’s omission coupled with Ricardo Nascimento’s absence from the match day squad saw Sundowns shift Ricardo Coetzee from the midfield to defence, partnering with Wayne Arendse, who has not played a full match since the season resumed. He featured in the dying minutes of the semifinal against Wits.

Fortune Makaringe has taken it upon himself to steer his friend Nkanyiso Zungu in the right direction finding his feet at Orlando Pirates.
Sport
1 year ago

Coetzee's void in the midfield saw Tiyani Mabunda walk into the starting XI to hold it down with Hlompho Kekana. The duo struggled with the pace of Thabo Nodada and youngster Shane Roberts.

Roberts, 22, constantly forged a brilliant combination with Ralani. The Sundowns rearguard found it difficult to contain the pair.

Their brilliant combination play gave the Citizens the lead in the 13th minute, with Ralani netting after a delightful pass from Roberts. Sundowns keeper Dennis Onyango had made a save, but Ralani pounced on the rebound. The defensive partnership of Arendse and Coetzee were at sixes and sevens for the better part of the proceedings.

Kermit Erasmus stamped City’s authority with a deft chip to beat Onyango a few minutes before the stroke of half-time, netting his 10th of the campaign.

Martin’s unfortunate injury before the end of the first half forced City to replace him with Mkhize at the start of the second-half.