Pirates' winless run continues after they were held by Baroka 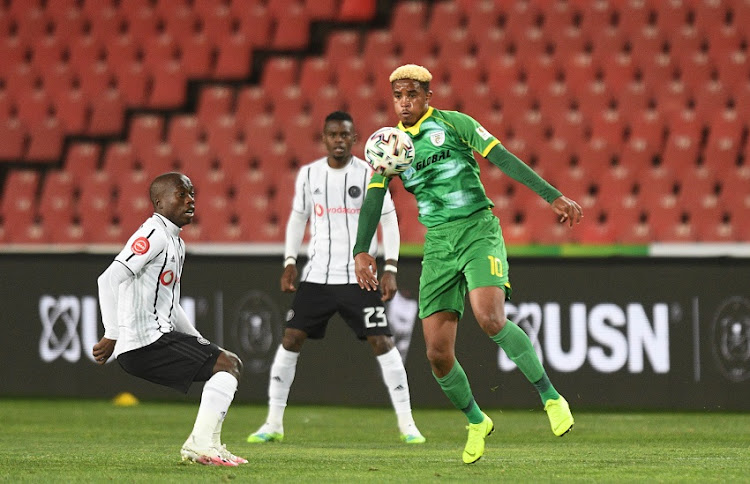 Orlando Pirates’ winless run in the Premiership stretched to five games after they were held to a 1-1 draw by Baroka FC during their lukewarm encounter at Ellis Park Stadium on Tuesday.

Over this period of more than 450 minutes, where they managed four points from a possible fifteen, Pirates lost to Kaizer Chiefs in the Soweto derby and drew with Golden Arrows, Mamelodi Sundowns, Bidvest Wits and Baroka.

Tonight’s share of the spoils has denied the Buccaneers an opportunity to close the gap on second-placed Sundowns to one point and it has hurt the ambitions of coach Josef Zinnbauer of qualifying for the Caf Champions League.

For Baroka and their coach Dylan Kerr, they remain fourth from the bottom with only two points separating them from bottom two sides Polokwane City and Black Leopards with four matches remaining.

Pirates opened the scoring after sixteen minutes through a well-taken shot by attacker Tshegofatso Mabasa from an awkward angle after he capitalised from a poorly timed back pass from Tshiamo Masiya.

In the build-up for the opening goal, Gabadihno Mhango forced Baroka players into a mix-up and it led to Masiya’s attempted back-pass to his goalkeeper Elvis Chipezeze intercepted by Mabasa who found home with his left footed shot.

Mabasa’s goal is the first to be credited to Pirates in the league since their 1-0 win over Black Leopards in February as they went into this game on an astonishing four match run without scoring.

Baroka drew level in controversial circumstances through Evidence Makgopa who was in an off-side position when he finished off a delivery from Masiya just after the half hour mark.

Shortly before the hour mark, Pirates defender Ntsikelelo Nyauza was lucky to continue with the game as he only got away with a yellow card after his studs up tackle floored Manuel Kambala.

Kambala did not respond to treatment on his right ankle and he was not able to continue with the game to be replaced by and he was replaced by Khulekani Madondo.

Pirates cane back from the break with more urgency in their work as they created scoring chances but they were denied by alert Chipezeze between the poles for Baroka who are still looking for their first win over the Buccaneers in the league.

In their next match, Pirates are against Cape Town City on Sunday at Loftus where they will be looking to return to finally winning ways while Baroka return to action against Chippa United Bidvest Stadium on Saturday.