The Netflix of football, Champions League to deliver more drama 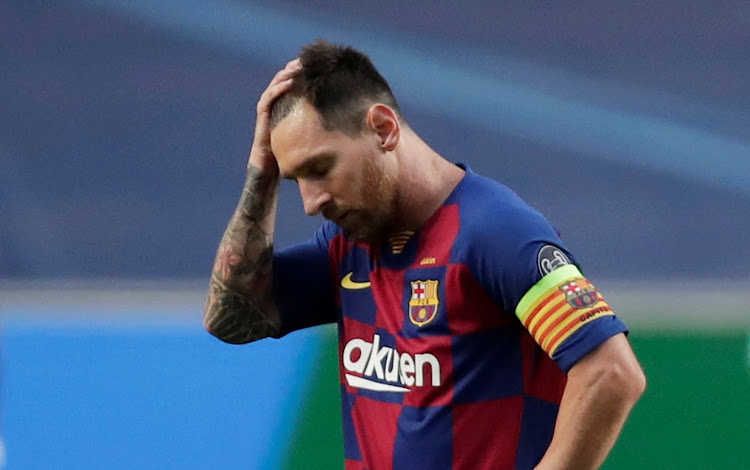 Perhaps the Uefa Champions League has, inadvertently, found the right formula for the Netflix era.

Rather than having to wait two weeks for the second episode of two-legged knockout games, allowing for distractions and loss of attention, fans have been binge watching the action every night.

The Covid-enforced final eight mini-tournament in the Portuguese capital has delivered real drama, with unexpected plot twists in every instalment.

The only pity is that the four single-leg knockout games have been played out in empty stadiums in front of only a handful of team staff, medical officials, security guards and a few, very fortunate, journalists.

With fans barred, however, Uefa has put on a made-for-TV production and the all-star cast has truly delivered.

The most shocking 90 minutes came on Friday at the Estadio da Luz -- it might not have been a surprise for Bayern Munich to eliminate a fading Barcelona but to humble them 8-2 was certainly unexpected.

The Germans face Olympique Lyonnais next face on Wednesday, after the French side pulled off the biggest upset by beating big-spending, pre-tournament favourites Manchester City 3-1 on Saturday.

Pep Guardiola, regarded as the greatest tactician of the modern era, headed out of Portugal to mass criticism of his formation and selection, which backfired to leave his team out in the quarters for the third straight season.

On opening night, unheralded Atalanta from Bergamo, the Italian city worst hit by the Covid-19 pandemic, looked set to continue their unlikely run in the tournament before Paris St Germain struck twice in the final minutes to seal a 2-1 victory.

Paris St Germain, with Brazilian Neymar and French World Cup winner Kylian Mbappe in attack, will on Tuesday face RB Leipzig, the Red Bull-owned club from Eastern Germany who have risen from the regional leagues to Europe's elite in just 11 years and who knocked out Atletico Madrid in the quarters.

The form book suggests a Bayern-PSG final, but after this week, which has generated the kind of buzz and narratives normally reserved for a World Cup or European Championship, predictions are far from certain.

What has been clear is that German coaching and tactics have proved to be the cutting edge of the modern game.

Three of the coaches in the last four are Germans, with former Borussia Dortmund boss Thomas Tuchel in charge of PSG.

It is more than likely that this improvised format is a one-off and once health conditions allow, Uefa will return to the tried and tested, two-leg home and away fixtures for next year's quarters and semis.

While the new structure has worked, it has reduced the number of games broadcasters can generate revenue from and the logistics of having eight groups of supporters in one city, in a single week, would probably make a repeat impossible.

So enjoy it while you can -- there might never be a sequel to this thriller.