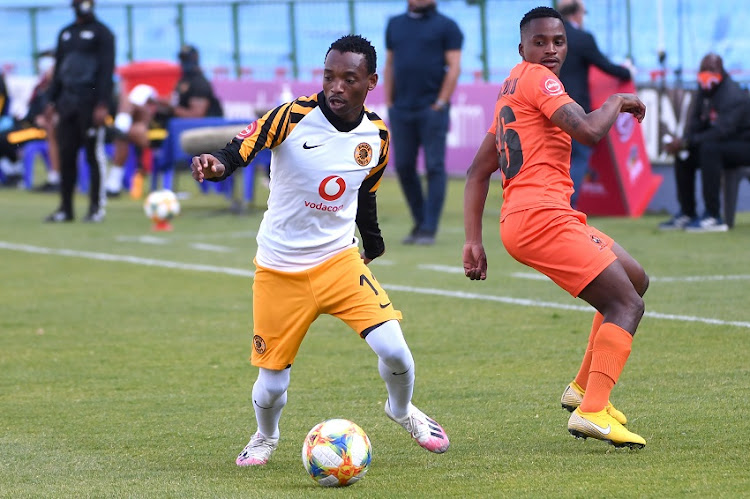 Gosh‚ Kaizer Chiefs have a propensity for doing things the hard way.

Amakhosi trailed 2-0 after 61 minutes with three points seemingly out of their reach as Polokwane City enjoyed momentum in a thrilling Absa Premiership encounter at Loftus Vesrfeld‚ but they picked themselves with three quickfire goals to stretch their lead at the top of the log to six points.

City took control of the game through goals from Lesiba Nku and Jabu Maluleke but Willard Katsande‚ Anthony Agay and Samir Nurkovic scored three goals within five minutes to drag Chiefs out of trouble and put them in control of their fate in this championship race.

The comeback‚ largely as a result of inspired substitutions by Chiefs coach Ernst Middendorp‚ was started by Katsande (71st)‚ who replaced ineffective Kearyn Baccus at half time; and Anthony Akumu equalised (75th)‚ while Nurkovic struck in the winner from outsidfe the box (76th).

Pressure is back on second-placed Mamelodi Sundowns‚ who have one game in hand and take on Cape Town City‚ on Monday where they will be looking to reduce the deficit again.

Chiefs won this match mach because of a spell of five minutes in the second half where they scored all the three goals as relegation-threatened City‚ who remained second-from-bottom‚ did not have the answers to the questions they were asked.

City opened the scoring after 16 minutes from the boot of Nku who lobbed the ball past advancing Chiefs goalkeeper Daniel Akpeyi after he was released by his captain Maluleke.

It was a deserved lead by the home side as they looked the better side during the early exchanges and as they managed to find their footing and put pressure on the Amakhosi defence.

City could have increased their lead four minutes later but Salulani Phiri wasted a good opportunity with only Akpeyi to beat after he was once again released by a defence splitting pass from Maluleke.

While City looked threatening when they attacked through Mohammed Anas‚ Maluleke and Nku‚ it was not the same for Chiefs with Nurkovic‚ surprise inclusion in the starting line-up Lazarous Kambole‚ Khama Billiat and Lebogang Manyama.

One of Chiefs’ notable chances came just after the half-hour mark when Nurkovic’s flying head connected with a dipping cross from the right flank by Baccus that was was saved by City keeper Mwenya Chibwe.

Baccus‚ who had a quiet afternoon and was replaced at half time by midfield enforcer Katsande‚ was another surprise inclusion in the starting line-up for Chiefs by coach Ernst Middendorp.

It was not only on the attack where City showed good signs but their rearguard that was marshalled by Ayanda Nkili and Chembezi Denis was also tight as they managed to soak up the pressure from Chiefs’ attackers.

In the closing stages of the first half‚ another chance went begging for City as unmarked Anas failed to connect properly with a pass from Nku’s cross inside the box following a good attacking move.

To instill more urgency and experience‚ Middendorp started the second half with Ramahlwe Mphahlele coming in for Reeve Frosler‚ Willard Katsande replacing Baccus and Bernard Parker in for Yagan Sasman.

City took control of the match in the seond half through a thunderous thunderous free-kick by Maluleke but Katsande‚ Agay‚ Samir Nurkovic had ideas while Daniel Cardoso failed to convert from the spot in the dying minutes.