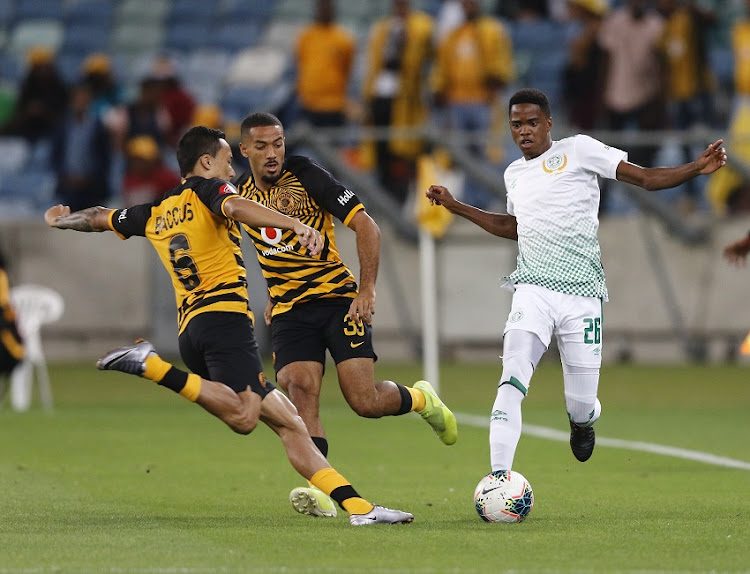 Kaizer Chiefs coach Ernst Middendorp was evaluating his injuries as Amakhosi have been presented a second bite at the cherry for a six-point Absa Premiership lead when they meet 14th-placed Polokwane City at Loftus Versfeld on Saturday.

Middendorp suggested central midfielder Kearyn Baccus and right-back Reeve Frosler might come into the equation as the tries to ensure some freshness in his line-up too.

For Chiefs‚ both fullbacks had to leave the field in the last 10 minutes of their 1-1 draw returning from the five-month suspension due to Covid-19 against Bidvest Wits on Wednesday night. Middendorp said afterwards that losing both Yagan Sasman and Kgotso Moleko probably led to the Clever Boys' 89th-minute equaliser by Cole Alexander.

That result saw Chiefs spurn an opportunity to take a six-point advantage over second-placed Mamelodi Sundowns‚ who drew 0-0 against Orlando Pirates the night before.

Defending champions Downs‚ who have a game in hand on Chiefs‚ were held again on Friday night‚ 1-1 by Highlands Park‚ so Amakhosi will be eyeing another opportunity to extend the gap against battling Polokwane.

Middendorp said he would await the result of extent of the injuries suffered by striker Leonardo Castro and Sasman before settling on a line-up.

“I think the majority of the players who had to be taken off will be available for Saturday‚ but that doesn’t mean we have to play with the same players‚" the coach said‚ signalling he will understandably have some rotation.

“We have other players who have quality who can start the game - if it’s Kearyn Baccus or if it’s Reeve Frosler and some other guys. I think let’s see.”

Chiefs gave away a precious two points against Wits. Middendorp did not panic at that situation though‚ sounding satisfied with a point and a quite decent performance in combination play and chances created from his side given their months of inactivity.

“We scored one goal and as I said we had a number of possibilities‚” the coach said.

“In the end we scored one goal and it’s a little bit of a challenge but it will get better. It will get better in terms of really having more experience‚ having these moments again and again.”