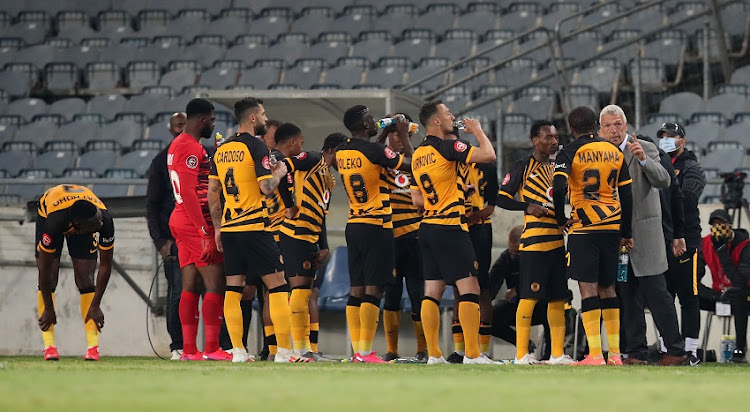 Kaizer Chiefs coach Ernst Middendorp has admitted‚ though he did so with rueful chuckle‚ that he is haunted by the ghosts of Orlando Pirates when his team go to play at their new bio-bubble home ground at Orlando Stadium.

The 16 Premier Division teams in the biologically safe environment (BSE) were assigned home stadiums in a draw.

Middendorp‚ one of the more eccentric coaching characters in the Absa Premiership‚ was asked after his league-leading team’s 1-1 draw on their return to football at Orlando on Wednesday night how it feels to have been assigned a home ground at the venue that normally houses Amakhosi’s bitter rivals Pirates.

“It’s strange‚” Middendorp chuckled asked in his post-match press conference how about walking into a home match in stadium adorned with Pirates’ badge‚ branding and memorabilia.

[WATCH] @KaizerChiefs HC Ernst Middendorp on having Orlando stadium as their home venue during the BSE…LOL!

“You go in‚ you see it left‚ you see it right. Ja‚ it’s not really comfortable. It doesn’t really make you feel at home. There’s no doubt about it‚ it’s quite a challenge.”

Chiefs have a four-point lead over second-placed Mamelodi Sundowns as Amakhosi face Polokwane City in their second game back in the BSE from five months of inactivity due to Covid-19‚ against Polokwane City at Loftus Versfeld on Saturday (kickoff 3.30pm).