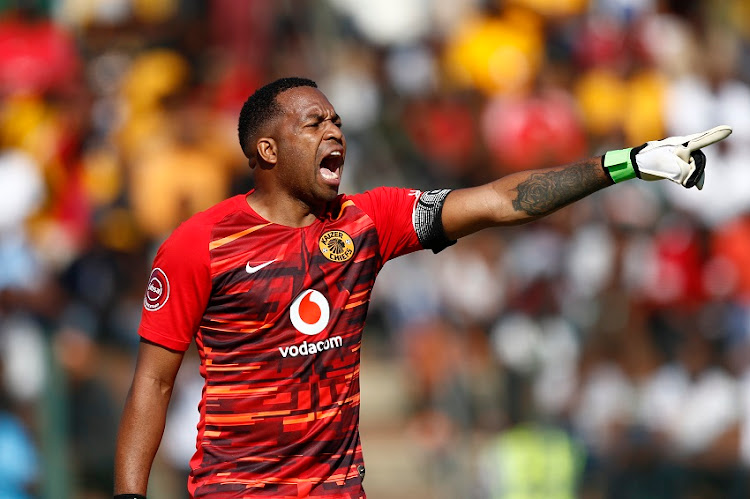 Kaizer Chiefs coach Ernst Middendorp has said that Itumeleng Khune was not even on the bench in Wednesday night’s 1-1 Absa Premiership draw against Bidvest Wits because the Bafana Bafana goalkeeper “missed some training sessions for different reasons”.

Middendorp did not elaborate on what those reasons were‚ other than Khune had a “challenge”.

The action comes thick and fast for the league leaders‚ who meet 14th-placed Polokwane City next at Loftus Versfeld on Saturday.

Nigerian Daniel Akpeyi was Chiefs’ keeper against Wits as they returned from the five-month break due to Covid-19 conceding in the 89th-minute to spurn a chance to take a six-point lead over second-placed Mamelodi Sundowns‚ who have a game in hand. Bruce Bvuma was on the bench.

“I can put it in the same way as my colleague before [Wits coach Gavin Hunt] reflected it to [Thabang] Monare‚” Middendorp said in his online post-match press conference‚ asked about Khune’s absence from the match-day 20.

“It’s the same. He missed some training sessions for different reasons in terms of having a challenge. I don’t want to [reveal] too much.

“We are not discussing any injuries. During the entire time we haven’t spoken about any injury report or whatever.

“It’s simple easy that there were a number of training days where he couldn’t make it. And OK‚ that’s the same‚ then you decide.

“And today it was Daniel Akpeyi and Bruce. And let’s move forward now and see what’s going on towards the next game.”

In the earlier online press conference Hunt had said that Monare was on the bench because he was “not fit enough – he hasn’t trained for the last two weeks. He trained yesterday for 30 minutes”.