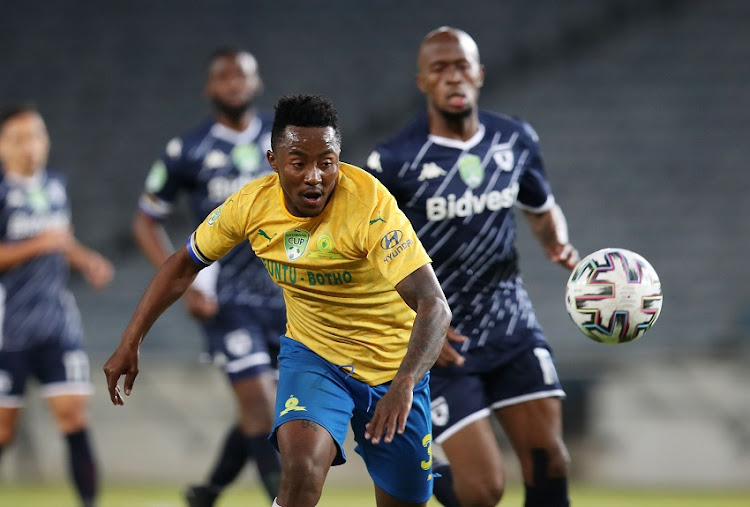 Pitso Mosimane is expected to continue experimenting with Lebohang Maboe at unfamiliar right-back when Mamelodi Sundowns take on Highlands Park in their league clash at Dobsonville Stadium on Friday.

With right-backs Thapelo Morena and Anele Ngcongca out with injuries‚ Mosimane deployed Maboe to his defence in Sundowns’ 0-0 Absa Premiership draw against Orlando Pirates on Tuesday night‚ and the winger returned with a satisfactory performance.

“What are you going to do if Thapelo and Anele are out injured‚” asked Mosimane after the goalless draw with Pirates this week.

“We also had to protect the younger Nicholus Lukhubeni because Pirates have Vincent Pule and all those people. He [Lukhubeni] did well against Bidvest Wits and he will get his chance again but we needed a little bit of experience in that position against Pirates.”

Mosimane explained the decision to play Maboe as a defender was not haphazard as Sundowns planned for it over the past few weeks since they returned to training in Rustenburg.

“He won a few headers against Pirates and that’s good‚ probably we have another right-back. You’ll never know‚ let’s see what happens as time goes on.”

Mosimane went into the Pirates game at Dobsonville Stadium looking for all three points for second-placed Sundowns to put pressure on leaders Kaizer Chiefs but was happy with only one.

“We can take a point and experience will help us going forward. When we played against Chiefs last year‚ I said that the point I got there would came in handy at a certain time.

“There was a time we played Cape Town City last year‚ and I said after that match that I will take a point. Based on this game‚ you have to be realistic because you can’t have everything the way you want it.

“Let’s be honest‚ Pirates were good in the second half and we just have to take the one point and move on.

“You could see they were a little bit fresher than us and in the second half. We are not happy with the result but at the same time we are not unhappy with the performance.

“To play this game two days after we played Wits on Saturday was not an easy task. We have three more days now before we play against Highlands Park and it doesn’t get any easier.”