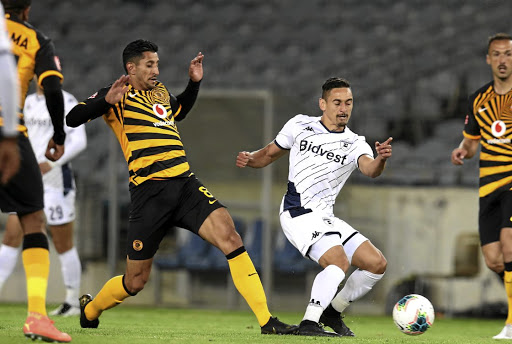 Kaizer Chiefs failed to extend their lead at the top after they conceded late to draw 1-1 with Bidvest Wits in their Absa Premiership match at Orlando Stadium last night.

After Mamelodi Sundowns played to a goalless draw with Orlando Pirates on Tuesday, Chiefs knew they needed to win against Wits to extend their lead to six points.

Chiefs thought they had the points in the bag after leading 1-0 after Samir Nurkovic gave them the lead, but Wits had other ideas as they equalised right at the death through Cole Alexander who capitalised from sloppy defending by their defence.

Having dominated the better part of the match, Chiefs will feel they had dropped the two points than gaining one after wasting several decent chances to put the game to bed but poor finishing cost them dearly.

Credit to The Clever Boys though, who despite being a goal down, never stopped running and fighting and should be happy with the results of their effort.

Wits, having played at the weekend in the Nedbank Cup semi-final against Sundown and when they lost 2-3 at the same venue, still showed signs of rustiness and were struggling to get out of their own half for most of the opening half.

Chiefs on the other hand came to the fixture fresh and took control of the encounter from the onset and were more effective.

Lack of goals between Mamelodi Sundowns and Orlando Pirates, in what was the first game to resume the Absa Premiership here last night, saw this ...
Sport
1 year ago

Amakhosi continued in search of the opener and it was not long before they took the lead and deservedly so, Lebogang Manyama delivered a peach of a corner and Nurkovic rose above Terrence Dzvukamanja at the near post to head home just after the half-hour mark.

The Clever Boys had a great chance to equalise deep in first-half stoppage time after goalkeeper Daniel Akpeyi spilled a long-range shot from Deon Hotto, while Alexander saw his goal-bound shot headed away by Kgotso Moleko.

Chiefs continued with their dominance and they should have increased their lead had they been more clinical in front of goals.

After the interval, Hunt introduced Bienvenu Eva Nga for Keenan Phillips and the player injected some life into their attack.

Chiefs had a number of chances to wrap up the game but were poor in front of goal and were made to rue that as Alexander scored in the dying minutes of the match to earn his side a point.

The draw leaves Chiefs on top with 49 points four ahead of second-place Sundowns having played a game more.