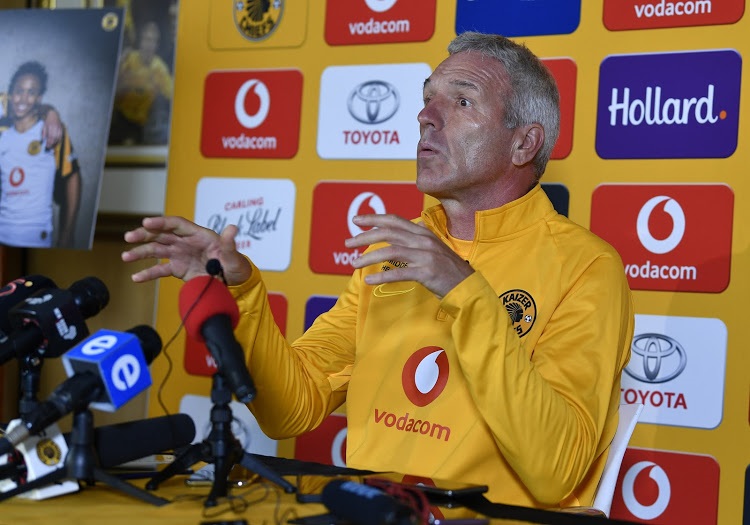 Kaizer Chiefs coach Ernst Middendorp has cautioned his troops to guard against complacency when they meet Bidvest Wits in the Absa Premiership match at Orlando Stadium this evening (6pm).

After seeing Wits lose 2-3 to Mamelodi Sundowns in the Nedbank Cup semifinal at the weekend, Middendorp is of the view that Gavin Hunt's charges are still committed to finishing the job, despite the recent sale of the club.

Wits were sold to NFD's Tshakhuma Tsha Madzivhandila during the lockdown.

"I have seen the game (Wits v Sundowns) and I fully support the opinion from coach Gavin Hunt saying it was a very close one and they did not deserve defeat," Middendorp said. "I believe they have shown a really good performance. Wits were challenging to go to the final and I think we should not get carried away to say okay, they sold the club, players are less committed.

"What I have seen is they want to finish on a high and they want to show everybody their value individually and as a team, and looking forward to signing contracts somewhere.

"I think it is a very interesting opener for us and we've to beware. We will somehow be at our best (to win), there is no doubt about it."

Their loyal fans have been an essential ingredient of the recipe that has helped soak a succession of Kaizer Chiefs teams in a rich gravy of success ...
Sport
1 year ago

Chiefs will resume their title race without their key midfielder George Maluleka, who has since gone to join rivals Sundowns.

Nevertheless, the German mentor insists he is not concerned about having to do without Maluleka as he feels he has enough to replace him.

"Knowing that he was joining Sundowns, we had to make a decision and I think this decision is, on one side, painful because he was one of core players.

"But we've options inside and I'm quite confident that we will get it right, pairing up the central midfield with Willard Katsande as a first choice. But we've not decided those options and we will make a decision later on Wednesday."

Middendorp also revealed they have a clean bill of health in the team.

"I'm very happy about getting out of this final testing that everybody tested negative (for Covid-19) and being able to go to the camp and that's great.

"We've done it in a way where we used the infrastructure of Naturena day-in-and- day-out, in the entire six weeks we had a three or four days off to rest and were well-prepared for this big project."