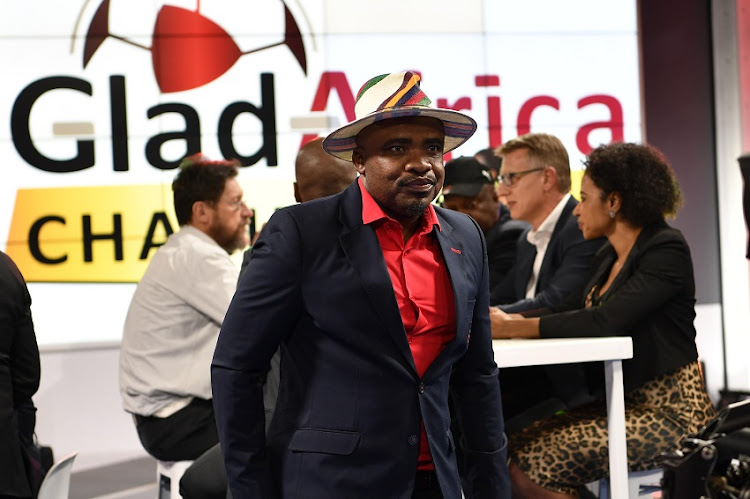 TS Galaxy owner Tim Sukazi has not given up hope of buying a premiership franchise and has revealed he's in talks with 'a few other people' who are willing to sell before the start of next season.

Sukazi's attempt to buy Bloemfontein Celtic and later BidVest Wits collapsed a few weeks ago but it seems there are several other premiership clubs that have the 'For sale' sign in front of their businesses.

“We have spoken to a few people in the PSL since we abandoned the purchase of Celtic‚” he said.

“One of them was Bidvest Wits‚ but we now know that they have been bought by Tshakhuma Tsha Madzivhandila (TTM). I am not in a position to name the others that we are talking to at this stage.

"Those enquiries are ongoing with no timelines to them and if we are lucky we will get what we want. What we want is to have Galaxy playing in the PSL next season and that’s what we are working towards.

“Having a club in the PSL is more than an ambition.

"As TS Galaxy we owe it (buying a premiership franchise) to the people of the Mpumalanga province at large‚ and especially the people of KwaNdebele who have never seen top level football with their own eyes in their own backyard since democracy.

“Aces were there but they disappeared. I grew up going to watch their (Aces) matches at KwaMhlanga and we used to hitchhike back home at night.

"Further testimony of how the people of KwaNdebele love football was during the Nedbank Cup final last year. We were playing against Kaizer Chiefs but people came in their numbers and they filled the entire stand on the opposite of the main grandstand.

"You could see that there was an opposition on the day. We all know what happened on that day (Galaxy pulled off one of the biggest upsets in SA football when the lower tier side beat Chiefs to win the competition) and you can’t just leave people like that‚ but you must give them what they deserve.”

Purchasing a premiership franchise is the only realistic route to the topflight that is available to Galaxy as they are outsiders to qualify for the promotion and relegation play-offs.

Sukazi revealed that he elected to walk away from the Celtic negotiations after he found out there was someone from Free State who was willing to finance the club.

“There was a lot of talk after we announced that we had signed a deal to purchase the status of Celtic. We said if the asset was available‚ we would buy it‚" he said.

"But there was an outcry from the people of the province. We said let’s be sensible and allow any investor or person from the Free State who had what it takes to rescue the club to come forward and do it.

"We did make it clear that if there was no one‚ the club should not suffer and if there were no takers we shouldn’t be precluded from buying as TS Galaxy. Fortunately we heard good reports that there was a person who came to rescue the club and we left it at that.”

Sukazi said if his attempts to purchase a franchise are successful and he manages to secure a place in the premiership next season‚ he would not hire a new coach and would allow Mabhuti Khanyeza to remain at the helm.

“He is inexperienced but he is very talented coach‚ and the country is blessed to have a coach like him. If we go to the PSL next season‚ he will definitely be with us.

"He is the one for the future and we will back him. He played in the PSL for more than 15 years and he can only get experience by being on the job.”