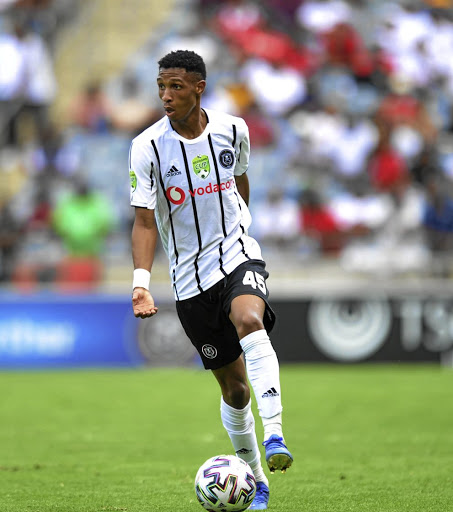 While many coaches view the resumption of the Premier Soccer League (PSL) as almost a fresh start, taciturn Orlando Pirates coach Josef Zinnbauer has continued to downplay their title chances.

Heading into what promises to be a titanic clash against second-placed Mamelodi Sundowns at Dobsonville Stadium tonight (6pm), Zinnbauer has insisted he'll use the remaining matches to build a foundation for next season, insisting the Absa Premiership is a two-horse race between leaders Kaizer Chiefs and Sundowns.

After 23 outings, Pirates are fourth on the standings on 40 points, eight adrift of Chiefs and four behind Sundowns, who have two games in hand. Chiefs have played a game fewer than Bucs as well.

"We spoke about it for many months ago, Kaizer Chiefs have a lot of points... eight points ahead of us plus a game in hand and that's the same as Sundowns, they have more games to play than us," Zinnbauer said during a virtual media conference yesterday.

Barker raves about Zungu: 'Technically he’s one of the best players I have worked with'

Orlando Pirates’ signing Nkanyiso Zungu is “technically he’s one of the best players I have worked with”‚ says his old Stellenbosch FC coach Steve ...
Sport
1 year ago

As Sundowns have already tasted action for the first time since mid-March after beating Bidvest Wits in the Nedbank Cup semifinals over the weekend, Zinnbauer came short of admitting this may give the Brazilians a slight edge tonight.

"It'll be the first time for our squad to play after a long break. Nobody knows exactly how's the condition. Maybe you have an advantage if you had a game [referring to Downs' game against Wits]," stated the Bucs coach.

Nevertheless, the German mentor wasn't scared to declare his readiness, saying he did his homework for the game. "I watched the game [Downs versus Wits], we analysed it. We saw a lot of players that were not in, maybe they'll play against us," noted Zinnbauer.

In what sounded as a piece of mind games, Zinnbauer heaped praise on his Downs counterpart. He expects Andile Jali, who came off the bench on Saturday, to be in the starting XI tonight.

"Pitso knows what he does and he's a good coach ... he's very clever, he saved Jali and other players [against Wits] for the match against us."

Zinnbauer also revealed they have a clean bill of health in the team.