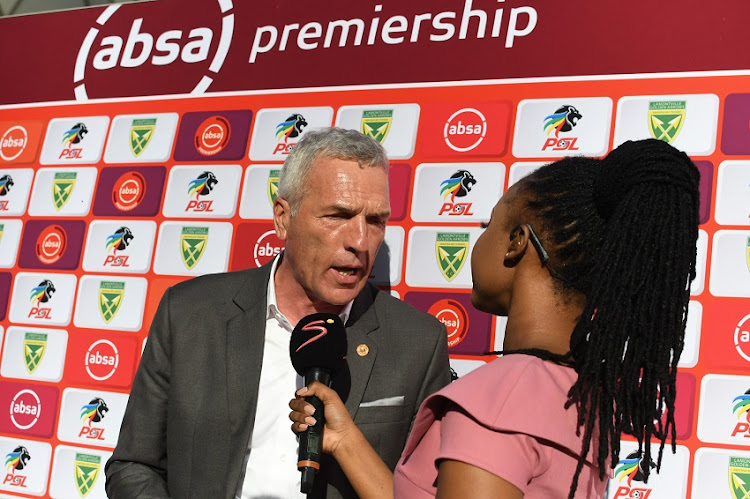 Their loyal fans have been an essential ingredient of the recipe that has helped soak a succession of Kaizer Chiefs teams in a rich gravy of success for five decades and their absence from the stands will be felt by the popular club in these final weeks of the premiership season.

Chiefs command the largest following in South African football and their rivals acknowledge that the incredibly boisterous atmosphere created by the fans in home and away serves the dual purpose of motivating the Amakhosi players and intimidating the opposition.

The premiership leaders will feel the disruption to normal life in the stands more than any other club in this part of the world and the coaches of the eight teams they still have to face this season must be happy they do not have to dedicate a portion of their preparations to planning a psychological reaction to the supporters.

Chiefs coach Ernst Middendorp is well aware that Covid-19 has deprived them of a hugely influential element of their arsenal and they generate energy will be sorely missed when they face a tricky BidVest Wits at Orlando Stadium on Wednesday.

"Jah‚ I absolutely think it is very painful not to have our die-hard supporters around‚" he said.

"We know it is a huge expectation from a huge crowd‚ probably the biggest in the country and in Africa supporting a club like Kaizer Chiefs‚ in particular now in the 50th birthday year.

"It is absolutely something that we will miss.

"On the other side (of the coin) we know that everybody will support us‚ will press their thumbs and will make it happen with good prayers in the morning.

"We know that we have the support and‚ good‚ we will highlight it ourselves knowing that we have to fulfil expectations going into the final day of the season on September 5 and hopefully fulfil the expectation of everybody.

"Of course‚ we want to win the league."

Chiefs suffered a shock 1-0 home defeat to relegation-threatened AmaZulu in their last league match before Covid-19 forced the suspension of the season in March. They will face a serious examination of their title credentials when they face coach Gavin Hunt's businesslike charges.

Wits should go into this encounter with a slight edge as they have minutes of competitive football under their belt after facing Mamelodi Sundowns in the semifinals of the Nedbank Cup on Saturday.

They pushed Sundowns to the limit before going down 3-2 in a tight contest and Middendorp would be advised to take heed of the warning that was issued by Brazilians coach Pitso Mosimane after barely surviving the skirmish.

“So we respect them and this is a warning to anyone to say‚ ‘Hey‚ if you’re going to play BidVest Wits be very careful. Don’t think about Tshakhuma and all those things.

“They are alive and kicking. The heartbeat is still there. And they fight.”

Masala Mulaudzi completed a stunning takeover of Wits last month in a shock move that shook South African club football to its foundations.

He acquired the 99-year-old club for an undisclosed fee and is relocating the team to Limpopo at the end of the season.

The Tshakhuma Tsha Madzivhandila owner was introduced to the Wits players last month but as Mosimane warned‚ they remain a formidable side and Chiefs will be advised to thread very carefully at Orlando Stadium.