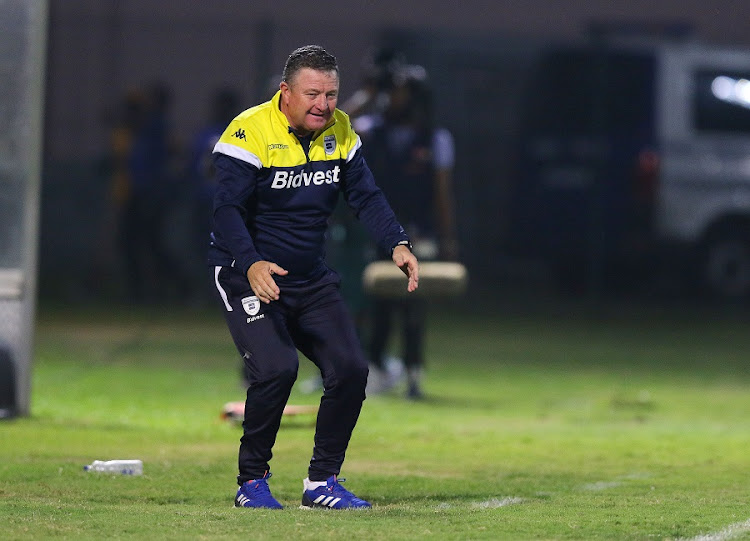 Bidvest Wits have the joint-most games left to play in the return to football in the Gauteng bio-bubble along with Saturday evening’s Nedbank Cup semifinal opponents Mamelodi Sundowns, and a small squad, so drafting in young reserve players was a given, says coach Gavin Hunt.

Put another way, the winner of the semi between Sundowns and Wits at Orlando Stadium will play the most games in the bubble, as they will be the only two teams with nine games left in the Absa Premiership, plus the Nedbank last-four and final, making a total of 11 gruelling fixtures.

“I think, and I stand to be corrected, that we’ve got the smallest squad in the league. And nobody expected this pandemic to happen.

“So we’ve had to bring in some of the younger players because even this week coming now there’s no way we can get through it just with the squad of players that we’ve got.

“Even already we’ve picked up a few problems here and there with trying to load the training.

“So they’ve done fantastically well. And let’s see if we can get them a contract going forward, and if I can help their futures. So let’s see how they do.”

Hunt’s team cannot afford such a luxury, starting with a must-win semifinal against Sundowns, then meeting Kaizer Chiefs (Wednesday, Orlando Stadium) and Orlando Pirates (Saturday, Ellis Park) in the league.

Wits may be in sixth place in the Premiership, 10 points behind leaders Chiefs, but a game in hand and two fixtures remaining against Amakhosi means they still have an outside shot at the title.

As in the Nedbank, much will depend on how their players respond to the sale of the club, which leaves Wits with nothing to lose, and the motivation to go out with a bang.

It can also rest on how the young talent from a promising reserve team, who were leading the MDC with a four-point lead with two games remaining when it was cancelled, respond to the call to arms.

Thabang Monare says he was shocked to learn that of the status of Bidvest Wits being sold to Tshakhuma Tsha Madzivhandila (TTM)‚ meaning the club ...
Sport
2 years ago

Brighton Mhlongo will get a rare run-out for Bidvest Wits as they return to professional football with their Nedbank Cup semifinal against Mamelodi ...
Sport
2 years ago
Next Article