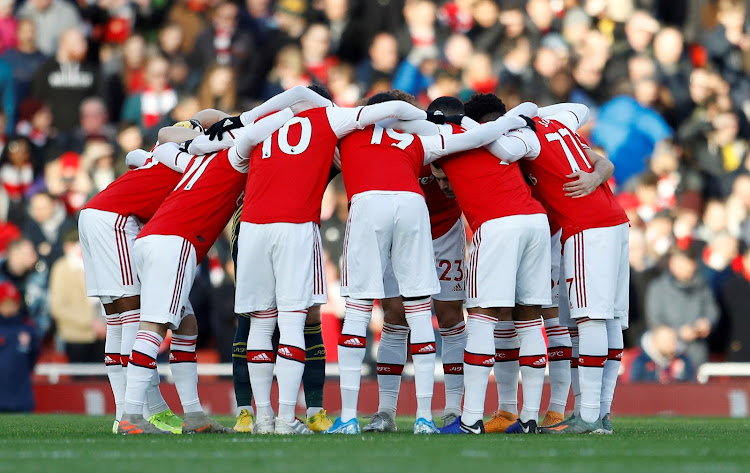 Less than a week after winning the FA Cup to secure their place in next season's Europa League and as they negotiate a multi-million pound contract extension with striker Pierre-Emerick Aubameyang, Arsenal have announced plans to layoff 55 staff.

The club said on Wednesday that the cuts were the result of the financial impact of the COVID-19 pandemic. The announcement sparked an immediate social media backlash from fans contrasting the huge sums involved with keeping key players to the lost jobs of staff at the north London outfit.

"Revenue from broadcasters, matchday and commercial activities have all been hit severely and these impacts will continue into at least the forthcoming 2020/21 season." the club said in a statement.

The club said they had done all they could to reduce costs, including players, senior staff and executive team members taking voluntary pay cuts, adding "but it is now clear that we must reduce our costs further to ensure we are operating in a sustainable and responsible way.

"We do not make these proposals lightly and have looked at every aspect of the club and our expenditure before reaching this point. We have also received significant financial support from our owners, Kroenke, Sports & Entertainment in terms of refinancing our stadium debt.

"These steps have all reduced the impact of the pandemic on the club and have helped us continue to maintain investment in the team. This will continue to be a key priority."

Arsenal finished eighth in the Premier League but their record 14th FA Cup triumph last Saturday ensured another year of European football and the possibility of earning up to 40 million pounds ($52.58 million) in the Europa League.

Fans have already been incensed by the fact that the club pay former Germany international Mesut Ozil, who has not played since before lockdown, around 350,000 pounds a week, with reference to his salary a common theme in hundreds of posts from disgruntled supporters on Wednesday.

Arsenal are also bidding to lure Chelsea forward Willian to the club, also on a huge weekly wage, while local media reports this week say they are offering striker Aubameyang a 300,000 pounds-a-week deal to extend his contract.

The wealth of the club's multi-billionaire American owner Stan Kroenke has risen by around 300 million pounds this year, according to a report written and compiled by the United States-based Institute for Policy Studies, another fact not lost on fans voicing their frustration.