Kaizer Chiefs move back to Orlando 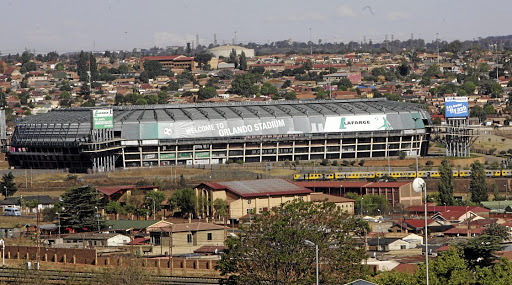 Yesterday's PSL draw to determine which stadiums clubs will use as home venues in the Biological Safe Environment (BSE) induced some unimaginable anecdotes.

Head-lining this draw was Orlando Stadium being given to Orlando Pirates' biggest foes Kaizer Chiefs, who are in pole position to clinch the league title. Chiefs will share this Soweto venue with Chippa United.

It's incredible that Chiefs will host fellow title challengers in Mamelodi Sundowns at Orlando Stadium as it remains to be seen if the Ghost haunts the Glamour Boys "Kwesikamaminzela", as the venue is nicknamed.

Having to face them home and away, Amakhosi must consider themselves lucky that Bidvest Wits were given FNB Stadium, their natural home turf, meaning they'll play them at Orlando (home) and FNB (away) stadiums.

The draw, conducted at the league's headquarters yesterday, also elicited another funny story as second-tier side Tshakhuma Tsha Madzivhandila (TTM), who've since bought Bidvest Wits' top-flight status, were drawn to use the Students' current training base, Sturrock Park, as their home ground. It didn't end there, as Stellenbosch were granted Tuks Stadium, a venue Steve Barker is so familiar with, having coached Pretoria University for a number of years in the past.

'We have been patient at Kaizer Chiefs': Amakhosi boss Motaung

Absa Premiership leaders Kaizer Chiefs remained patient and never panicked even when it seemed there was a real prospect of the 2019-20 season being ...
Sport
1 year ago

Barker conceded playing at Tuks can work for Stellies: "There's 10 of us here at Stellenbosch that were involved with Tuks [in the past] ...Mpho Matsi, Robyn Johannes, Alan Robertson, Mark van Heerden..." said Barker.

"We're looking forward to going back to Tuks Stadium."

It's worth highlighting that many teams could struggle to cope at their designated home grounds for various reasons. For instance, a team like Black Leopards, who're used to a compact pitch at Thohoyandou Stadium, may find it rather difficult to play their normal game at an open pitch like FNB Stadium, their BSE home venue.

On the other hand, the Brazilians could benefit from the fact that three of their away fixtures against Maritzburg, Cape Town City and Polokwane City, are at either Lucas Moripe Stadium or Loftus Versfeld, their two normal home grounds.

Up in the menu is the Nedbank Cup semifinals on August 8, where Mamelodi Sundowns trade blows with Wits at FNB, while Baroka face Bloemfontein Celtic at Bidvest Stadium in another day's fixture for a spot in the final.

League action in both the Premiership and the second-tier resumes on August 11. The PSL is expected to release a revised fixture early next week.

BSE match venues for Absa Premiership are as follows: