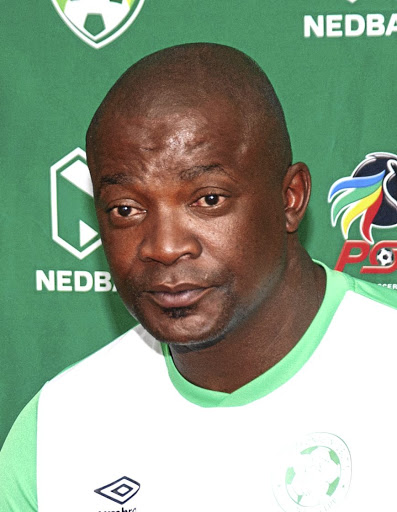 The PSL's board of governors on Monday triggered the restart of the Absa Premiership and GladAfrica Championship seasons to begin as soon as August 11 and finish on September 5.

Chippa play Cape Town City in their first game of the resumption and Seema says there will be no time to ease into the last six fixtures of the season, especially with the threat of relegation lurking.

"Of course, I am happy with the return of the league. It's always nice to go back to something that you enjoy and you have been looking forward to do," said the 40-year-old coach.

"Also for operation, it helps us now that we have the date and we can revise our sessions and training so that you know exactly when we are starting.

"I am happy that all the teams will be meeting at a neutral venue. For me, it's fine; Covid-19 has taken over, so we have to just agree, abide and try to follow whatever that we need to follow.

Lehlohonolo Seema pleased with what he sees at Chippa

Chippa United coach Lehlohonolo Seema hopes for clarity soon as to whether or not the Absa Premiership will return this season.
Sport
1 year ago

"We are also trying to get used to the new normal and we have to adjust because there is nothing we can do. The rules don't only apply to us, but to everybody."

This will be Seema's second week at training with the Chilli Boys.

Seema said if it was up to him, he would have asked for more time but other coaches are already hasty to finish.

"I can't say I am 100% clear, but also I am not clueless. I have worked with the guys for some time now. So, we are just waiting for the games to begin."

Asked when the team will be travelling to Johannesburg for the bio-bubble camp, Seema said: "Remember, the teams are going to go there in groups. It's open already from next week.

"We will start only on August 14, so we will have a little bit of time to prepare."

Some clubs in the National First Division and a few in the Premiership raised concerns about the high costs of moving into bio-bubble as it is going to cost around R2m per team.

However, Seema said it was only fair for the clubs to meet the league halfway.