Hunt to take all players to camp 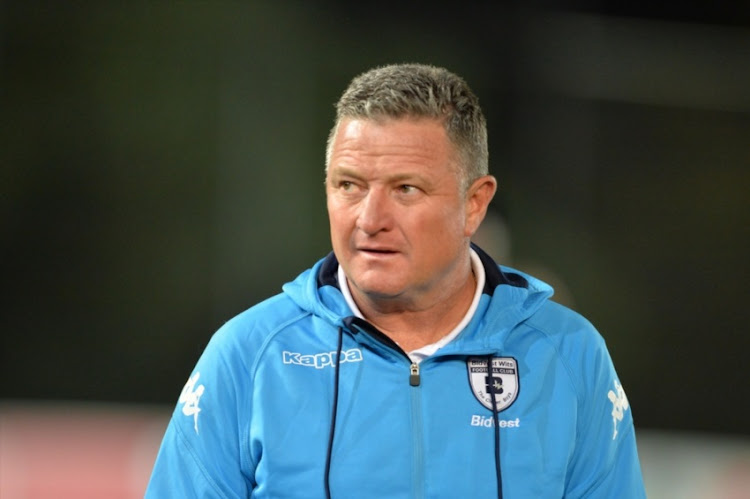 As Premier Soccer League (PSL) clubs will be paying for all the costs related to staying in Gauteng, the chosen Biological Safe Environment (BSE) to complete the season, you'd expect those who struggle financially to leave their fringe players behind to reduce expenses.

However, the inevitable fixture congestion could force clubs to travel with all their squad members to the BSE, even if this means they spend more money.

The expenses of being in the BSE ranges from accommodation, meals and the last round of coronavirus tests. This could cost each club around R2m in a period of a month.

Suggesting on Monday that clubs are likely to be in action after every three days when the season resumes, PSL chairman Dr Irvin Khoza also anticipated smaller clubs would come with maximum of 35 people in the BSE, while the bigger sides are expected to, at most, bring 50 personnel.

The league's chairman reasoned why clubs will be footing the bill on their own, saying they had no reason to refuse as they had received grants from the PSL even without action over the past three months.

Action will restart with the Nedbank Cup semifinals on August 8, where Mamelodi Sundowns will lock horns with Bloemfontein Celtic, while Baroka face Bidvest Wits in another fixture for a spot in the final.

Speaking to Sowetan yesterday, Wits coach Gavin Hunt revealed the Students will even include eight of their MultiChoice Diski Challenge (MDC) players in the squad going to the BSE.

"Luckily, we don't have any fringe players. We have squad of players and all of them are going to the bio-bubble. If you play every three days, you have to take everybody. It's not about cutting costs, it's about having a strong squad to finish the season," Hunt said.

"We have minimum of 11 games to play in one month, so we need everybody. The financial part of this should not prevent us from going there with all the players. We also have eight of our MDC boys coming with us."

Maritzburg United coach Eric Tinkler shared the same view with Hunt, highlighting the significance of taking every player into the BSE.

"We don't have a big squad, so we are taking everyone. Maybe bigger clubs with bigger squads can have that luxury of leaving some players behind to cut costs, but for us what is important is to have all our players there," Tinkler said.

Meanwhile, the PSL will determine home grounds in Gauteng for all club through a draw today.

Bidvest Wits coach Gavin Hunt says he agrees with Premier Soccer League (PSL) chairman Irvin Khoza that the season needs to get back on track sooner ...
Sport
1 year ago
Next Article