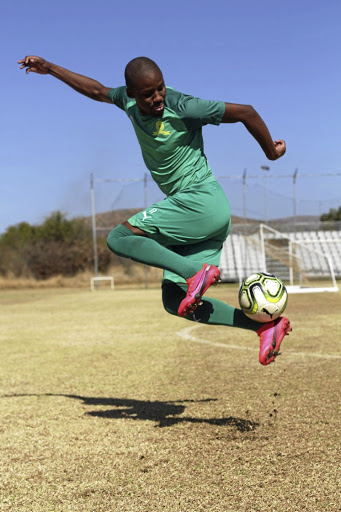 Peter Shalulile of Highlands Park. There are rumours that Lions of the North might be on sale. / Sydney Mahlangu/BackpagePix

Highlands Park chairman Brad Kaftel has denied that they have sold the club.

Rumours surfaced at the weekend that the Lions of the North were to be sold to TS Galaxy owner Tim Sukazi with the price tag put at over R50m, but Kaftel insisted that there's no truth to the claims.

"We've never sat down as a board of directors and said we want to sell the club," Kaftel said yesterday.

But the chairman admitted that they would consider a good offer if approached.

"We are not putting the club for sale, all we said in the past is that if somebody approaches us with an offer and we have to consider, it will break our hearts, but I suppose financially things are tough, we will have to look at it."

Highlands Park have received a big offer for the sale of their Premier Soccer League (PSL) franchise that will have to be considered if it can be ...
Sport
1 year ago

Kaftel also admitted that he has been talking to Sukazi and if the club was to be sold, it can only happen at the end of the current season.

"Nothing is concluded at this point. Look, as business people we talk, but it is not different to any other businesses," Kaftel continued.

Kaftel, however, admitted that running a PSL club is not easy and they are struggling financially.

"Look, it is a tough business. Football business is not easy to make a good return out of, it is difficult. We certainly have not made profit in the six years running the club in the GladAfrica Championship and Absa Premiership," he reiterated.

"It is costly; in the last six years we lost money every year, that's a fact. It is a very tough environment."