Barker raves about Zungu: 'Technically he’s one of the best players I have worked with' 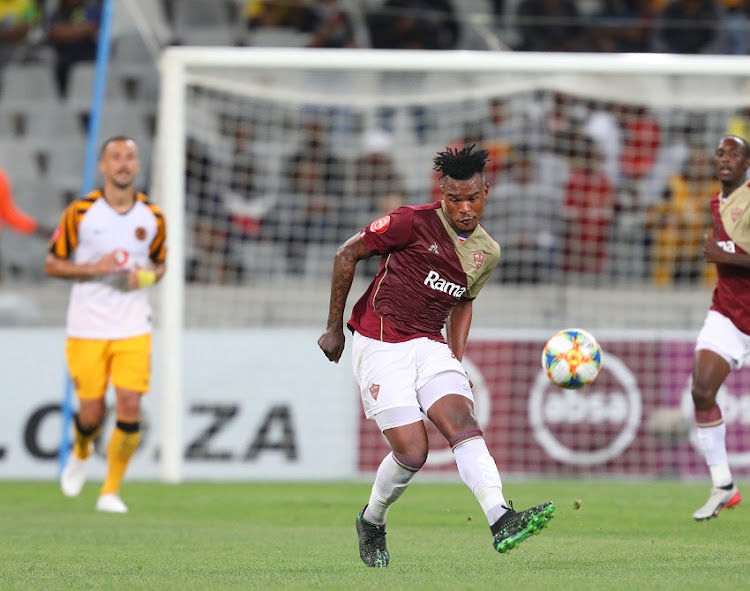 Orlando Pirates’ signing Nkanyiso Zungu is “technically he’s one of the best players I have worked with”‚ says his old Stellenbosch FC coach Steve Barker.

Sturdy‚ skilful central midfielder Zungu was signed by Pirates from Stellenbosch in late January but is yet to kick a ball having arrived with a groin injury.

Indications are that‚ with the imminent return to football in a bio-safe bubble where matches will come thick and fast after a long period of inactivity following the March suspension due to Covid-19‚ Zungu is likely to see some action as Bucs coach Joseph Zinnbauer looks to rotate his squad.

Another former coach of Zungu at Jomo Cosmos‚ Jomo Sono‚ has described the player as reminding him of Mamelodi Sundowns’ passing legends “Ernest Chirwali and Roger Feutmba”.

Barker said of the midfielder: “In Nkanyiso’s situation‚ I had a good chat with him before he left us – he has all the attributes.

“Physically‚ he’s big‚ he’s strong. Mentally‚ he didn’t have the easiest of upbringings so he’s a tough kid.

“Technically he’s one of the best players I have worked with. His passing range is really phenomenal.

“So he has the potential to become a regular player at Orlando Pirates.

“I think the challenge for him‚ and I did allude to it when I spoke to him‚ is that going to a club like Pirates he will have other challenges he has to deal with. Whether it be off the field‚ or the competition at the club [in midfield].

“Mentally‚ if he stays focused and applies himself‚ and pushes hard and is patient and when he gets his chance takes the opportunity‚ which I believe he will‚ he has a future there.

“But should he go there and it not work out for the first three or six months‚ and he gets frustrated‚ it could become difficult for him.

“So I’m really hoping that he gets his opportunity‚ because I believe if he does he will be able to command a regular place.”

Zungu has the strong midfield pairing of Ben Motshwari and Fortune Makaringe‚ plus Linda Mntambo as a contender‚ to compete with for a place in Bucs’ engine room.

Pirates were in fourth place (40 points from 23 games)‚ eight points behind leaders Kaizer Chiefs‚ when the Absa Premiership was suspended.

The Premier Soccer League (PSL) and SA Football Association (Safa) are still wrangling over a start date‚ though the latter as the mother body has set August 1 as the kickoff.