MDC competition to be cancelled 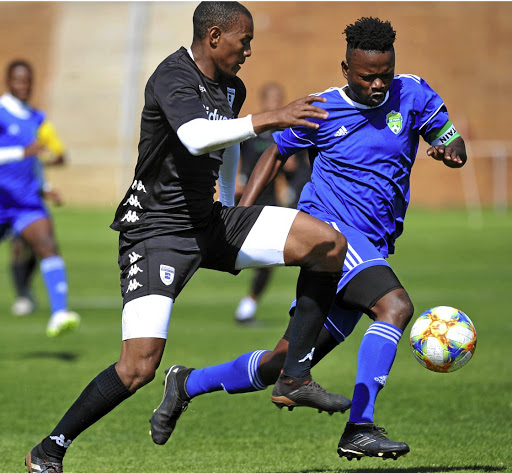 After Premier Soccer League (PSL) chairman Irvin Khoza emphasised that the season will be completed at all costs, Sowetan has been informed that the Multichoice Diski Challenge (MDC) will be cancelled.

Khoza said earlier this week that clubs will be allowed to use players from their MDC teams to complete the season. This will mean the MDC will be called-off to avail the players to the Absa Premiership and GladAfrica Championship.

There were few matches remaining in the reserve league to end the season, with Bidvest Wits top of the table with 64 points from 28 matches.

They were followed by Orlando Pirates who were four points behind, having played the same number of games.

"They are not continuing with the MDC, it will be cancelled," a source told Sowetan.

"There is no chance of finishing the matches because the youngsters are not active... they have been inactive for four months," Sheppard said.

"The decision has to be made by the PSL, we only have two games to complete.

Bidvest Wits coach Gavin Hunt says he agrees with Premier Soccer League (PSL) chairman Irvin Khoza that the season needs to get back on track sooner ...
Sport
1 year ago

"We are on top of the league and for me, the only choice is to do what they have already done with the women's league where Safa have already given Mamelodi Sundowns the trophy."

Sheppard also confirmed that 10 of their MDC players are training with the first team.

"There is a possibility that they might even get a first-team football which is very good for them. I mean that would be great."

Asked if he thinks the MDC should be called off, Black Leopards coach Mongezi Bobe said: "It's a difficult one to answer. I don't run the league they must be the ones who should decide [whether to cancel it or resume]," Bobe said.

"I want to play football, but at the moment we are just like you, we are in the dark.

"We are still waiting as they have not given us anything."