Given Mashikinya cleared of Covid-19 and resumes training with Celtic 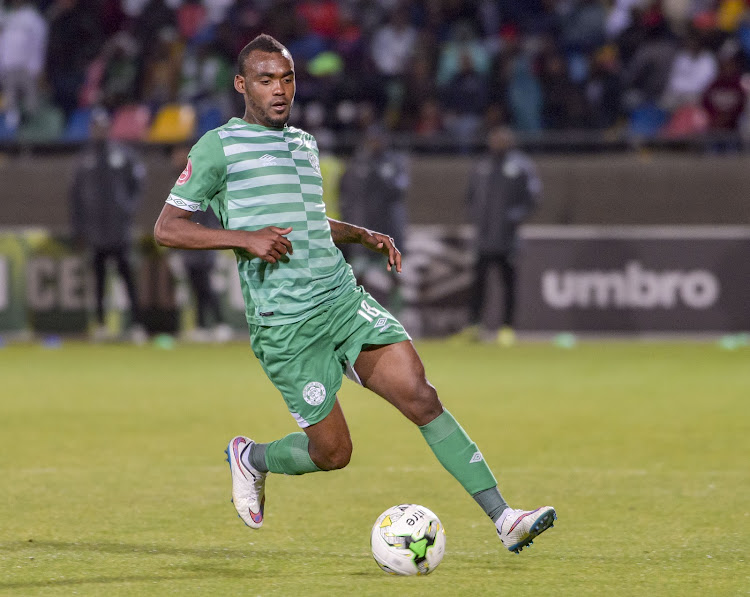 Given Mashikinya of Bloemfontein Celtic in action.
Image: Frikkie Kapp/BackpagePix

Bloemfontein Celtic have announced that midfielder Given Mashikinya has fully recovered from Covid-19‚ and has resumed training with his team-mates.

Celtic CEO Kumbulani Konco said that Celtic are one of the clubs who have been cleared by the PSL to resume training‚ after the Free State side’s certification of compliance with the league’s directive was passed “a few days ago”‚ he said.

“We have been approved for training. We have been back training for a few days‚” Konco said.

He said Mashikinya‚ “has recovered from Covid-19. We received his tests yesterday [on Monday]‚ so he was back at training”.

Mashikinya tested positive last month after Celtic conducted tests on their players as they prepared to return to non-contact training and he became the second player in the Premier Soccer League (PSL) to be announced as having contracted the virus.

“I recently tested positive for Covid-19 and they put me in isolation for 14 days. Mine was different because I had no symptoms and in simple terms I would not say that I was not sick‚” he said.

“But I had to follow the protocols of quarantining for 14 days and I would like to urge everyone to continue washing your hands‚ to wear your masks‚ use sanitisers and if you can wear your gloves.

“I would like to thank the family of Siwelele‚ my family‚ everybody who prayed for me and supported me and I also want to thank God. I came back to work and I feel fresh and thank you for everything.”

Orlando Pirates midfielder Ben Motshwari was the first player to be infected but he has since recovered and he was followed by Mashikinya.

There were further cases of two unnamed players from Kaizer Chiefs who tested positive and three members of the Stellenbosch FC staff‚ and all of them remain in self-isolation.