Goalkeeper cover no worry for Sundowns 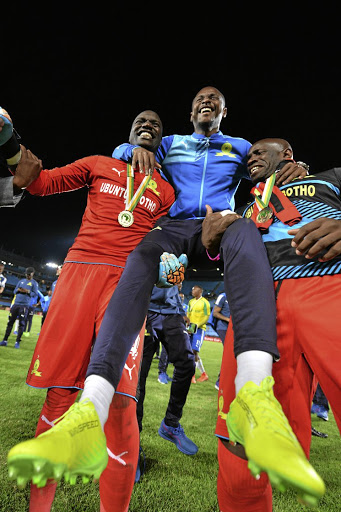 The number of goalkeepers at Mamelodi Sundowns may make it hard to believe that any of the new additions will ever make it to the starting lineup.

Sundowns are said to have completed the signing of Ricardo Goss from Bidvest Wits to extend the total number of keepers on their books to six. The list includes Denis Onyango, Kennedy Mweene, Jody February, Reyaad Pieterse and Abram Ngcobo.

Onyango has made the No 1 jersey his, having played 33 matches for the Brazilians in all competitions this season.

Former Brazilians goalie John Tlale admits that the number of keepers is too high for a team like Sundowns.

Tlale said he understands that Goss and February are coming in as cover for the aging Onyango and Mweene, who are both 35, but feels there are still too many shot-stoppers to work with.

Bidvest Wits goalkeeper Ricardo Goss, 26, has opened up about his impending move to Mamelodi Sundowns, saying he expects to sign for the Brazilians ...
Sport
2 years ago

Bidvest Wits sale a recipe for chaos in transfers

The sale of Bidvest Wits to Tshakhuma Tsha Madzivhandila (TTM) owner Masala Mulaudzi looks certain to bring about upheavals in the next PSL transfer ...
Sport
2 years ago

"I think by signing this young boy [Goss] they realised that Onyango won't stay long at Sundowns because of his age," Tlale told Sowetan yesterday. "Mweene is also aging, so what coach Pitso Mosimane is trying to do, he wants to have these young boys that will be there for a long time... They will take over when Onyango and Mweene leave the team. It's good for them."

Goss is 26 while Ngcobo and February are both 24. Tlale believes this is a good investment for the club.

Pieterse is looking to secure a move away from Sundowns to find regular game time elsewhere after he struggled to break into the starting lineup having played only once.

"Pieterse didn't play much and I think one of them must be released. But we all know that the keepers who are coming are not going to start playing now," Tlale continued. "If they were over 28, I was going to complain. If they come now and want to play, it is going to be difficult for them. They must wait for their chance."

February will return to the club after he was loaned to Cape Umoya United.