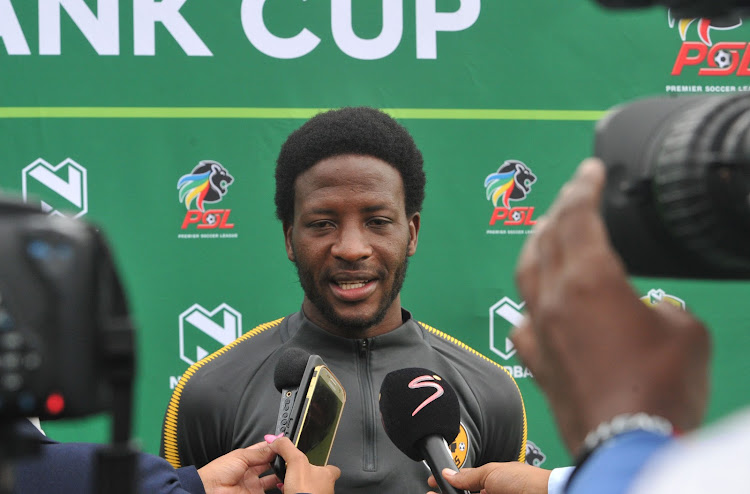 Kaizer Chiefs have made the surprising announcement that forgotten attacking midfielder Siphelele Ntshangase has agreed to a one-year extension to his contract.

Ntshangase's decision to stay on at Naturena will come as a surprise‚ given his extended stay on the sidelines‚ but it could be a calculated move by AmaKhosi as they are appealing the crippling transfer ban that was handed by Fifa over former player Andriamirado ’Dax’ Andrianarimanana.

Ntshangase has seen little action since joining Chiefs from Baroka FC at the beginning of 2018 and if AmaKhosi are banned from signing players for the next two transfer windows‚ he may well be a key addition for the side even from the bench.

“Foremost‚ I am emotional about it.

"I want to thank the chairman for this opportunity. I want to thank everyone involved in seeing that I can still contribute to this immense institution‚” Ntshangase said on Monday.

When the premiership season resumes in the coming weeks‚ the midfielder will have his work cut out for him as he to convince coach Ernst Middendorp who has completely ignored him this season.

Dax joined Chiefs from Malagasy side Fosa Juniors in July 2018‚ but the islanders claimed he had signed a professional contract with them since November 2016‚ something the player vehemently denies.

Chiefs took their appeal to CAS in the beginning of the year after they were banned from signing players in the next two transfer windows. They argue that they did not had the opportunity to give a heads of argument in the Fifa case‚ which made a ruling based on submitted evidence only.

The AmaKhosi also argue that Dax’s former club failed to load the alleged contract onto Fifa’s Transfer Matching System (TMS) as they should have done had it existed at the time of his move. Instead it was only revealed months later‚ with a signature that Dax claims is not his‚ which was backed by a handwriting expert brought in by Chiefs.​

In other news at Naturena‚ defender Philani Zulu also penned a one-year contract extension on Monday.

“I feel happy and grateful. All I can do to show gratitude and appreciation is to continue working to the best of my ability. I want to give back to the club.

"Thank you to the chairman‚” said Zulu.

“I'm excited about my contract extension. It gives me a chance to improve further and compete at one of the best clubs on the continent. It is an honour to be here.”