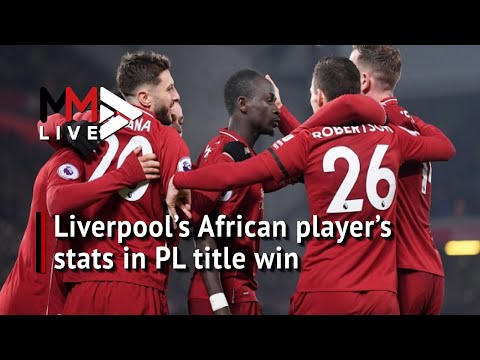 The club amassed impressive stats during the winning season, and African players contributed to Liverpool's first league title since 1990, with seven games to spare.

We take a look at the stats of three African players, Mohamed Salah from Egypt, Naby Keita from Guinea and Sadio Mane from Senegal, to see how they contributed to the Premier League victory.

Salah and Mane chalked up an impressive combined 4,592 minutes played during the season, with Salah securing top spot on the scoring list with 17 goals and 103 shots.