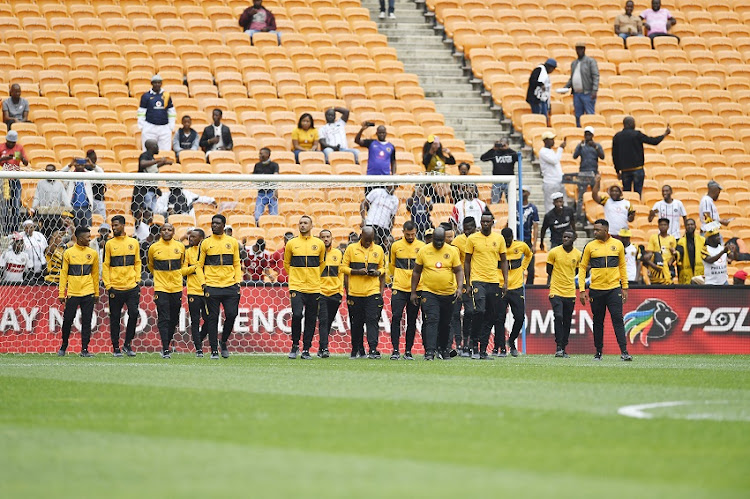 The return of the Premier Soccer League (PSL) has suffered yet another setback as more players continue to test positive for Covid-19.

Just a day after Bloemfontein Celtic player Given Mashikinya tested positive, Kaizer Chiefs confirmed that two of their players' results came back positive as well.

Stellenbosch also revealed that two of their players  had tested positive, bringing the number to seven.

With sports minister Nathi Mthethwa still looking for safety assurances from the PSL that the players will not be at risk when the league resumes, he is likely to demand more Covid-19 compliances before the games can resume.

Chiefs announced that they had conducted tests on all players, club officials and members of the technical team and said that the results of two of the players came back positive.

“Following a series of Covid-19 tests conducted last Friday, two Kaizer Chiefs players’ results have come back positive from the laboratory,” the club said in a statement.

“A total of 70 individuals including players, members of the technical team, and other club officials were tested for Covid-19 in preparation for the restart of the 2019/20 season.”

Chiefs have assured that none of the tested personnel came into contact with others as they try to minimise the risk of the spread at Naturena.

“At the time of doing these tests, players and officials were screened and monitored by healthcare workers and team doctors. None of the people tested showed any signs or symptoms of Covid-19.

“All the players and officials were given different timeslots and did not come into contact with each other.

“The affected duo will be in self-isolation for the stipulated period of 14 days. They will be rested after the isolation period as required. If their tests come back negative, they will then be able to rejoin the team.

“Kaizer Chiefs' medical team and management are working around the clock to provide the necessary support to affected individuals and ensure they follow the guidelines.”

Chiefs are the fourth team to confirm Covid-19 cases after Orlando Pirates, Celtic, and Stellenbosch.