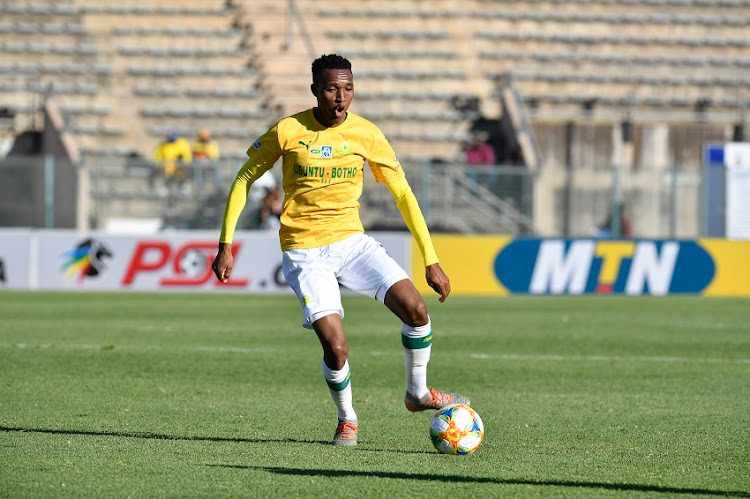 Mamelodi Sundowns defensive midfielder Sammy Seabi has not seen much action since joining the Brazilians at the beginning of the season but the player is fighting hard to break into the starting eleven.

Seabi has only made five appearances in all competitions this season but his mission to break into the starting line-up is not going to be an easy one as he has to depose Andile Jali or captain Hlompho Kekana.

Jali and Kekana have formed a solid partnership in the heart of the Sundowns midfield and Seabi must also worry about Tiyani Mabunda and Rivaldo Coetzee who can play in that position.

“One thing about me is that I am a patient person‚” he said as he reflected on his maiden season at Chloorkop since he joined from Polokwane City in August last year.

“It hasn’t been long since I joined the team and I am still fitting in‚ but so far so good. I know my time will come very soon‚ I just need to put more effort. My target now is to help the team fully to reach our goals and to win the league as well as the other cup competitions.”

Sundowns coach Pitso Mosimane said he wanted to use Seabi in the Champions League because of his height but he is yet to make his debut as he was signed outside of the Caf transfer window.

To give him a feel of the challenges of playing continental club football‚ Seabi travelled to some matches with the team on the continent even though he was not registered.

He said the experience was eye opening.

“I appreciate the opportunity to travel with the squad and I believe I will help the team to achieve more and more. I must also add that the atmosphere there was super‚ so it was really a great feeling.

"And I can’t wait to feature in the future because the Champions League is a big tournament where you are tested against some of the best on the continent.”