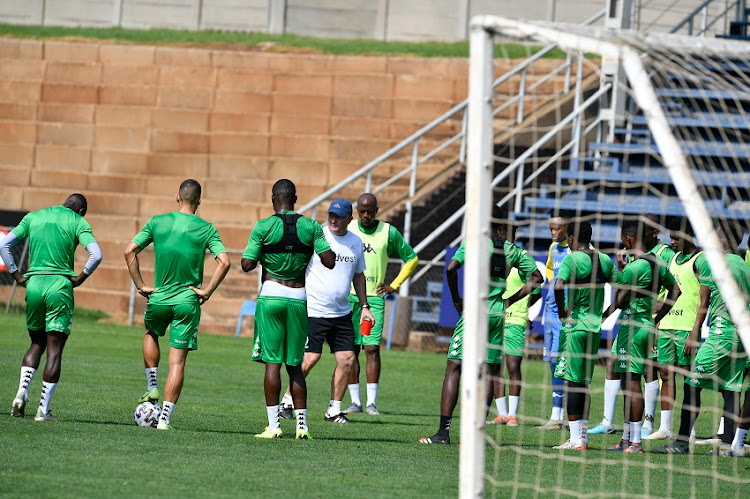 With academy leagues unlikely to continue due to the outbreak of Covid-19‚ one of the Wits junior players has told SowetanLIVE that they have been left with shattered dreams after they were told to collect their passports and clearances.

“We got messages that we must go to the office to collect our clearances and passports‚ it’s heartbreaking‚” said the player who did not want his name revealed.

“I don’t know what I am going to do now because I had dreams that one day I would be promoted to the first team and realise my dream of playing professional football. Many dreams are going to be shattered because some of the players may not be able to find clubs next season.

“It is really sad what is happening because we were not told about what was happening. We only found out through media reports and our worst fears were realised when it was confirmed last week. Some of us don’t even have agents and we don’t know where to start looking for clubs. It is really disappointing but it is what it is.”

Attempts to get comment from Bidvest Wits Chairman Alan Fainman were not successful as he did not respond to detailed questions that we sent to him on Saturday.

About 15 backroom staff members and the coaching staff who have been looking after the players at Sturrock Park also face uncertain futures as a result of the sale of the club.

“At the moment we are in limbo because no one has bothered to come to us to explain what is happening to the youth structures with regards to the way forward. I think it will be better if they tell us what is happening because we need to plan our futures accordingly.

“We deserve to know what is happening so that we can go and look for jobs elsewhere if they are not continuing.

"There are people in the system who earned a living by working here and to see something like this is really heartbreaking. What makes it even more painful is the fact that we were the last people to know that the club has been sold‚” said one of the coaches who also did not want to be named.

It was not immediately clear what is going to happen to players who were in school in Gauteng and those that come from outside the province.

Wits boasted one of the best development structures in the country with the club producing players like Eric Tinkler‚ Bradley Carnell‚ Rowen Fernandez‚ Stanton Fredericks‚ Jethro “Lovers” Mohlala and many others who went on to play for Bafana Bafana.

Wits have teams from Under-13‚ Under-15‚ Under-17‚ Under-19 and in the Diski Challenge. They have been playing in the academy and in Local Football Association leagues around Gauteng.