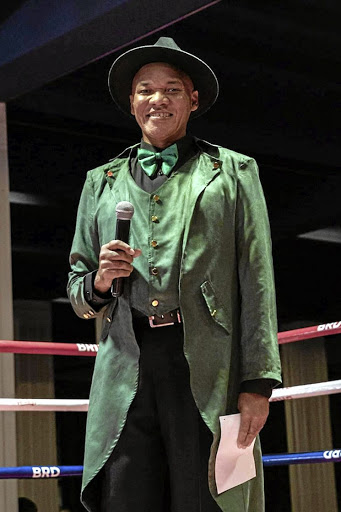 Boxing South Africa's list of categories for this year's edition of the annual boxing awards includes the Newcomer of the Year classification, while a stand-alone category of ring announcers does not appear on the list.

But BSA COO Cindy Nkomo explained: "They fall under the radio and Television Personality of the Year [award] because we felt that they bring boxing live to people at home, similarly to radio and television persons.

"We also decided to incorporate them in that category because we want to grow the list of ring announcers so that they have their own category."

The matchmaker's award was done away with after Luyanda Kana won it in Port Elizabeth in 2018.

"We got rid of it because we wanted it to grow in terms of the numbers of licensed and active matchmakers.

Peter Ngatane has clarified the confusing statement issued by Boxing SA last week that the board resolved in its special meeting recently that the ...
Sport
2 years ago

"However, they can be recognised under the chairperson's special achievement award," said Nkomo.

As it has always been the norm, the public has been given the powers to nominate their favourites in the 18 groupings while the 19th category - which is the Chairperson's Award - is decided by BSA chairman Peter Ngatane.

Ngatane and his colleagues on the board will decide on the recipients of both the Lifetime and Special Achievement awards.

BSA explained that the newcomer's category is for boxers who had shining careers at amateur levels and that they should have a minimum of three and a maximum of five fights in their professional careers.

They should not have more than 24 months in professional boxing at the beginning of period under review, which is November 1 2018 until March 16 2020. This category must not be confused with the Prospect of the Year (award).

Boxing SA has always maintained that the nominees for the Prospect of the Year award should not have more than 10 fights.

They too should not have more than 24 months in professional boxing at the beginning of period under review and do not necessarily have to be provincial or national champions.

But they must appear in the national ratings for the review period, BSA stipulated.

Nominations will close on July 20. The exact date and venue of the awards is yet to be confirmed.