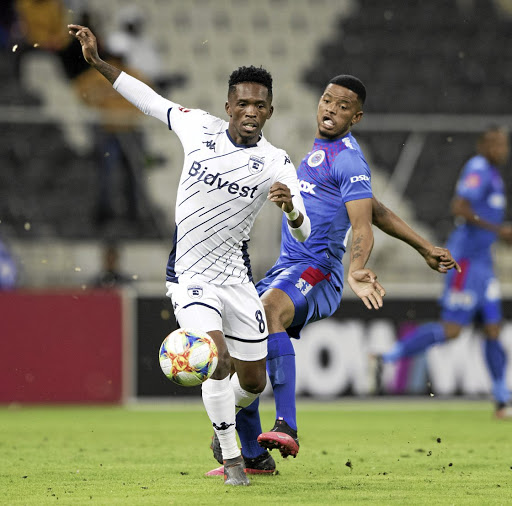 Orlando Pirates are leading the race for the signature of Bidvest Wits midfielder Thabang Monare, Sowetan has been informed reliably.

Monare is one of the players who will not be relocating to Limpopo with Tshakuma Tsha Madzivhandila (TTM) after they've completed the takeover of Wits.

Sources have revealed that Pirates and SuperSport United are both interested in the holding midfielder's signature with the Soweto giants being favourite to land him. Matsatsantsa a Pitori have identified the 30-year-old as the perfect replacement for Dean Furman who has since left the club.

TTM chief executive Sello Chokoe confirmed that Monare was one of the players who are likely not to move with the club next season.

"There are other few players who got offers like Deon Hotto, Thulani Hlatswayo and Haashim Domingo, but we are still talking, nothing is finalised yet," Chokoe said.

Hlatswayo and Hotto are already on their way to Pirates while Domingo, Gift Motupa, and Ricardo Goss will be joining Mamelodi Sundowns.

Monare, however, insists that he is still in the dark about his future as he is yet to receive offers from both Pirates and SuperSport.

"I can't speak on something I don't know; no-one has approached me about that," Monare told Sowetan.

"Moving forward, it is just a matter of being briefed by our management on what will happen in the future. Until we are being briefed about that, you can't say much about it..."

Stars play it safe on coronavirus