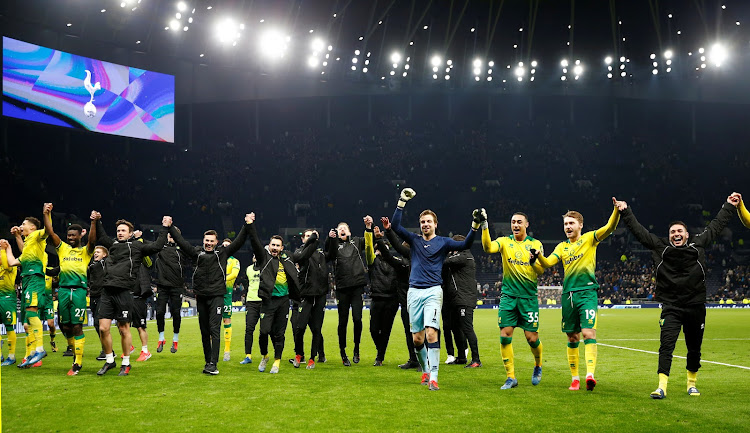 Norwich City did not name the player in question.
Image: Action Images via Reuters/Peter Cziborra

Norwich City confirmed one of their players had tested positive for Covid-19, one of two positive results in the latest round of testing ahead of the Premier League's restart on June 17.

The league said earlier on Saturday that two people from different clubs had tested positive for the novel coronavirus out of a sample of 1,200 individuals.

Norwich said in a statement the player would self-isolate for seven days before being tested again.

"The club will not name the player in question and asks that his request for privacy and confidentiality are respected at this time," Norwich said.

The results continue a trend of low positive results since the return to training last month.

The Premier League will return to action on Wednesday with its first games since March, when the season was stopped due to the pandemic.

Aston Villa face Sheffield United and Manchester City take on Arsenal. Norwich will resume their campaign against Southampton on Friday.