Players must use status as role models to fight racism, says Arsenal's Leno 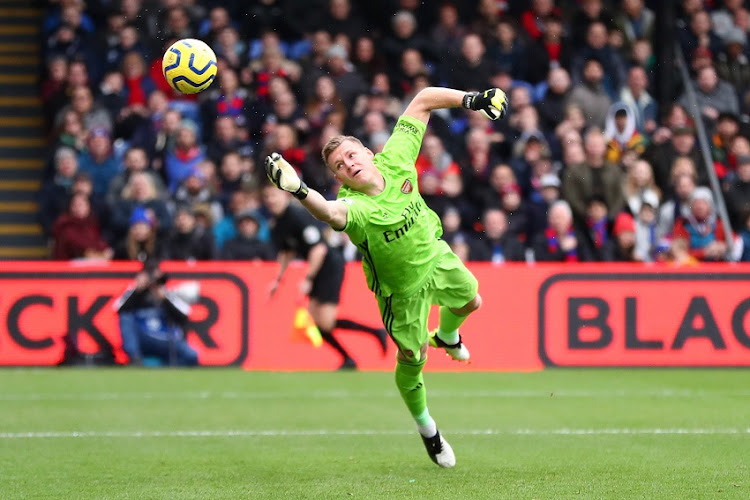 Bernd Leno of Arsenal dives for the ball as Jordan Ayew of Crystal Palace (out of frame) scores his team's first goal during the Premier League match between Crystal Palace and Arsenal FC at Selhurst Park on January 11, 2020 in London, United Kingdom.
Image: Dan Istitene/Getty Images

Arsenal goalkeeper Bernd Leno has called on his team mates to act as role models for racial equality in the wake of the death of George Floyd, a black man who died in police custody in Minneapolis.

Floyd died after a white police officer, Derek Chauvin, knelt on his neck for nearly nine minutes while detaining him on May 25. Chauvin has been charged with second-degree murder.

Several Premier League clubs have shown their support for protests against racism and police brutality.

"We as players have so many people looking up to us as idols. We have to show, as Arsenal, that we support you," the 28-year-old Leno told Sky Sports.

"It is sad in 2020 we are still discussing these things, but this is the reality and we have to keep pushing on this. It doesn't matter if you are black or white, we have to respect each other and everybody should have the same chances in life."

The Premier League on Friday approved a proposal for player surnames to be replaced with the words "Black Lives Matter" on the back of their shirts as a tribute to the anti-racism movement.

Arsenal, who are in ninth place, face a trip to Manchester City on June 17 when the Premier League resumes after a three-month pause due to the COVID-19 pandemic.