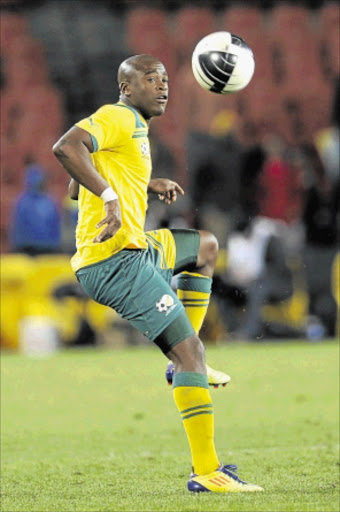 When then Bafana Bafana coach Carlos Alberto Parreira announced his starting XI on the eve of the 2010 World Cup opener against Mexico, many were shocked to see Lucas Thwala starting ahead of Tsepo Masilela, who'd been the regular left-back.

However, for Masilela being part of the final squad was a blessing enough not to pay much attention to being started on the bench in the opening match. The now 35-year-old full-back considers himself lucky to have made the squad, having been battling with a niggling thigh strain.

As today marks exactly a decade since Bafana Bafana's opening match against Mexico in Group A at FNB Stadium, Sihle Ndebele traces the whereabouts of ...
Sport
1 year ago

Bongani Khumalo says once Bafana Bafana survived several scares in a nervy opening half in the 2010 World Cup opening game against Mexico‚ they came ...
Sport
1 year ago

"To be honest, just to be in the final squad was massive for me because I got a very bad knock that I sustained in a friendly against Colombia few weeks before the World Cup started," Masilela reminisced. "I was really not disappointed or shocked to start the first match on the bench. I nearly missed the entire tournament, so I was just grateful. The World Cup was too big to be selfish."

With Thwala finding it difficult to contain speedy Mexican attackers like Giovani dos Santos, Masilela was introduced at half-time. Masilela, who was playing in Israel for Maccabi Haifa at the time, helped Bafana calm the storm, applying his relaxed approach.

As yesterday marked exactly a decade since the start of what was the maiden and last Africa World Cup to date, Bafana's failure to progress through the knockout phase still haunts Masilela. SA remains the first and only hosts to be knocked out of the competition at group phase.